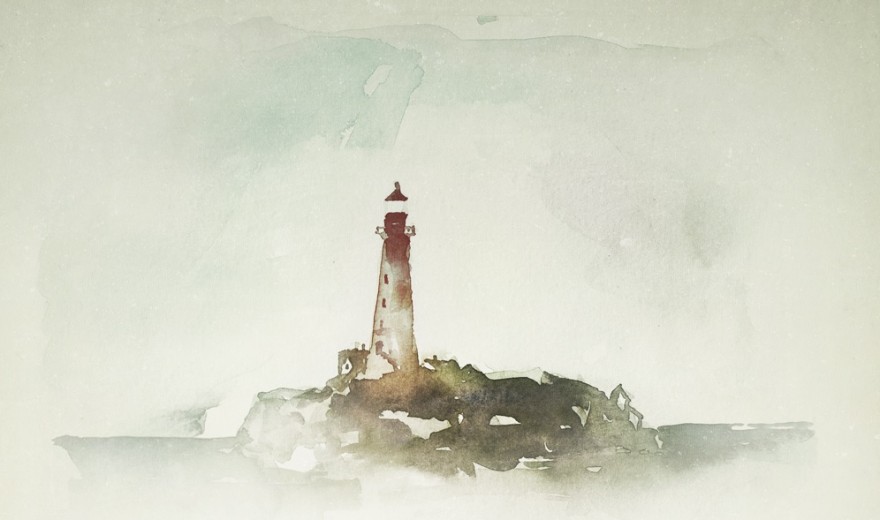 Swedish pair Simon Flesser and Magnus Gardebäck, the two personalities that form Simogo, have proven their talent in producing air-sucking audiences. Year Walk was a creepy folk-thriller that you gasped along to. DEVICE 6 used text as a path to weave a tale of regular staccato; you took sharp inward breaths at every knife-twist and solved puzzle.

Then, with The Sailor’s Dream, we rowed along a sea of lost places, caught in a meditative reverie. Here, you could breath with the rhythm of the waves, which were a reliable return location from each journey into the game’s mysterious architecture. It’s this relaxing world that Simogo is returning to in its first off-shoot production, The Lighthouse Painting.

“a dash of relaxing and intriguing soundscapes”

It’s to be a four-part “podcast mystery” (a dreamcast, I’d suggest) that is inspired by the books and radio drama Flesser and Gardebäck listened to as children. While it’s to be a standalone creation, it is formed of the leftover musical bits from The Sailor’s Dream, which have been remixed into a new but connected story. It’s a creature made of the same skin, then, but presented in a novel way that can be enjoyed by itself.

It’s not all recycled material. There are also new music tracks, slowly spoken narration, and environmental sounds. “The result isn’t perhaps exactly audio drama, but falls somewhere between that and a music album, with a dash of relaxing and intriguing soundscapes,” Simogo writes.

Teasing as ever so as to induce tense, anticipating breaths, Simogo has released a ghostly glimpse into what we can expect from this old-style radio drama. It promises more sublime wind chime audio, and a thoughtful musing on the passing of life, all spoken with a wise tone.

The four episodes of The Lighthouse Painting will be released some time in March.