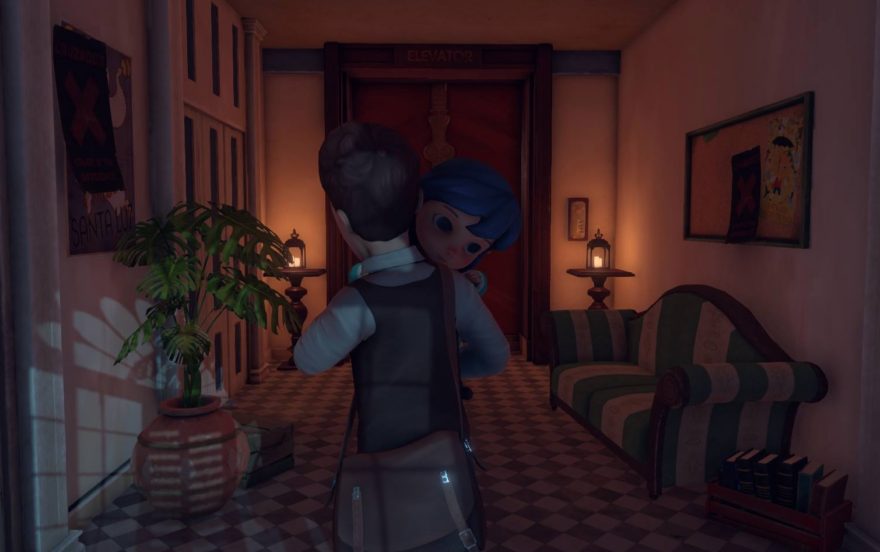 It goes without saying that sensationalized military conflict has long been a staple of the videogame landscape. From Contra (1987) to Halo 2 (2004), Modern Warfare (2007) to Bad Company (2008), the variety of titles that allow players to occupy the boots of a laconic lone shooter on foreign territory are innumerable. The number of games centered on the lives of bystanders caught in the crossfire? Not so many. Recent titles such as This War of Mine (2014) and Papers Please (2013) are a notable couple, panning the focus away from the bombs and bullets to ruminate on the human cost of living in a war zone.

Now there’s another on the way and it’s called Lily – Colors of Santa Luz. A graduate project from the Paris-based 3D animation school ISART Digital, Lily has players assume the role of Yvan—a father desperately trying to shepherd his young daughter to safety and keep her innocence intact. This is off the back of their once-vibrant home bring turned to ruins; it ensnared in the presence of a malicious occupying force. The story is told from the perspective of a 45-year-old Lily, recollecting the events of that defining day via the scrapbook of drawings and mementos the player collects amid their escape from Santa Luz.


The game’s beautiful Laika-esque art direction is one of the key traits that sets it apart from other stealth games. Forget gunmetal grays or wire-frame light trails, Lily is a palette of warm and vibrant hues framed by heavy shadows. The action itself will be familiar, however: Yvan’s breadth of abilities is limited to that of crouching to avert the line of sight of lumbering storm troopers, and holding Lily in his arms to keep her from harm’s way.

Decisions designed to stir the paternal instinct are what drive the story’s direction. Choices as seemingly inconsequential as putting a flower in your daughter’s hair or retrieving a stuffed animal take on a new weight when set against a war-torn city. All the while another, poignantly unspoken question lingers in the space between these actions: what do these choices amount to in the eyes of a child?

Lily – Colors of Santa Luz is available to download and play through itch.io