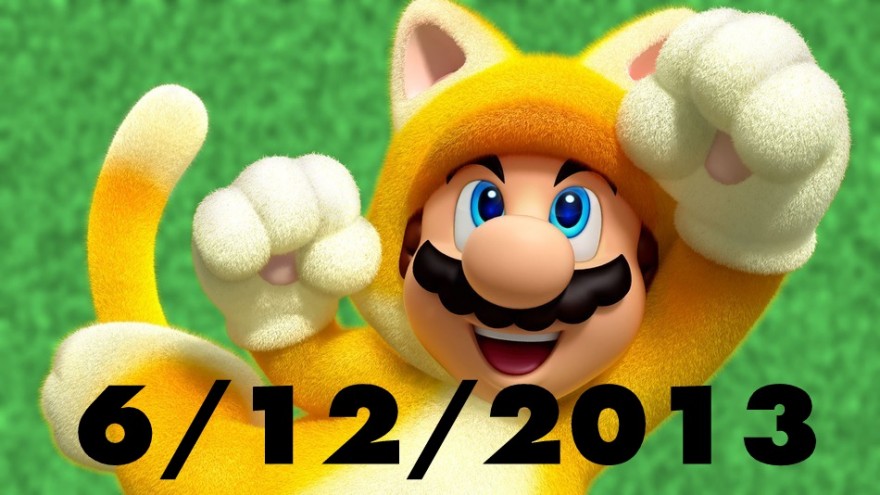 Microsoft and Sony showed off their big guns yesterday. Today, Nintendo took to the airwaves and fired back with hoverkarts, cat suits and a double helping of Smash. Prepare for trailer-dump in 3, 2, 1…

The next console Mario game, Super Mario 3D World, is somewhat unexpectedly a follow-up to their 2011 handheld gem.

The next mascot racer, Mario Kart 8, takes a page from F-Zero (R.I.P.) with anti-gravity courses and lopping tracks.

X will make you believe.

The Witch returns in Bayonetta 2, newly-shorn and packing as much high-heeled firepower as ever.

Now chores include smacking heads…  introducing your favorite new brawler: The Villager in Super Smash Bros., coming to 3DS and Wii U.

Also playable on the floor are the HD-ified Legend of Zelda: The Wind Waker, a new Donkey Kong Country sequel, the wack-tastic Wonderful 101 from Platinum Games, and a couple of 3DS titles no one will talk about this week before selling millions upon millions, Pokemon X/Y.

Elsewhere, Chris Baker spits truth about TwitchTV’s exclusive deal to become the “SportsCenter of video games” for Xbox One.

The new Killer Instinct is F-F-F-F-Free-to-play??

And one blip in Sony’s attempted Red Wedding moment is the admission from CEO Jack Tretton that third-party publishers can decide whether or not to implement a Season Pass policy on their games. Let the onslaught continue.