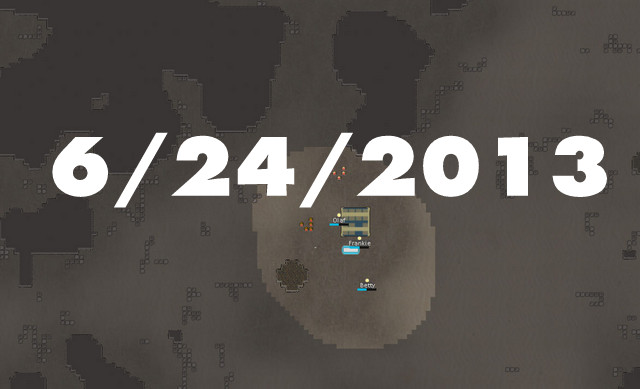 Some ex-Irrational folks have founded a new independant company, Ludeon Studios, and revealed their first game: Eclipse Colony. After crash-landing on a distant planet, your only goal is to survive. This ain’t about shooting space demons — Colony looks more about resource-management and creative adaptation. Show us more, please.

Indie Games, Part 2: Jake Kazdal and his team at 17-Bit stood on the stage at Sony’s E3 presser and showed off GalakZ, which gives us that sweet Sinistar feeling. But that’s a ways off. Luckily, their debut, Skulls of the Shogun, full of slapstick arcade strategy action, is coming soon to Steam after a futile launch on Windows 8.

With Sony and Microsoft’s new consoles both able to play games from all territories, gaming forum powerhouse NeoGaf is digging its heels into a campaign for Nintendo to follow suit and embrace Region-Free systems.

But can those fancy next-gen consoles put your face on a latte? The future of avatars is in Taiwanese coffee shops.

If you thought Monopoly was the de facto boardgame about money, power, and parking lots, a challenger approaches: Corporate America. Time to maximize some profits, y’all.

Here’s a blow-by-blow account of perhaps the greatest Super Smash Bros. match ever. If you’re into that sort of thing.

PBS Off Book, a collection of online mini-documentaries, explains the influence of Dungeons & Dragons and the rebirth of table-top gaming.