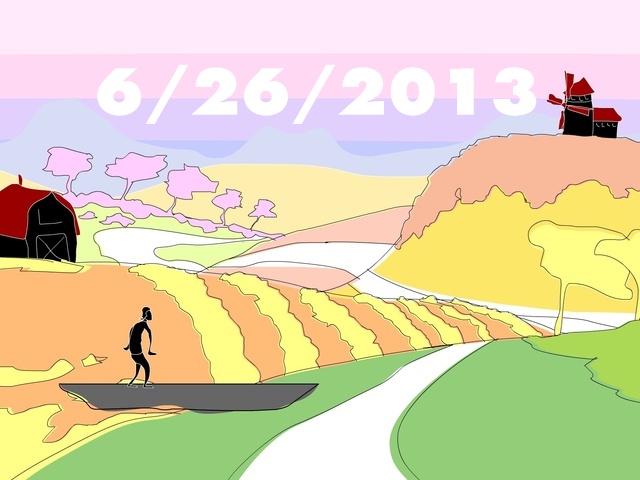 If you have an album of classic Capcom game music, hold onto that sleeve. A record from 1986 at a French sales auction for three times its asking price. Worth it for the Arthur (from Ghosts ‘n Goblins) cover art alone.

Over the weekend, the second-annual U.K.-based Rezzed conference took place in Birmingham. The PC and Indie showcase featured talks by Project Eternity‘s Chris Avellone and DayZ‘s Dean Hall and a whole slew of new titles, big and small.

One of the many stand-outs at the conference was Introversion Software’s Prison Architect. “Inspired by Theme Hospital, Dungeon Keeper, and Dwarf Fortress,” says the trailer’s voiceover. “Sold,” says many smart people.

SpikySnail’s Super Splatters launches today on Steam. This is the fireworks-filled, physics-based goo-fest you’ve been waiting for.

While you’re there, check out Valve’s new Trading Card initiative, finally out of Beta and available to the public today. They’re like achievements but in fake-tangible form.

And finally, check out Rehearsals and Returns, a Kickstarter project in its last days. They’ve already reached their goal. Still, now’s the chance to add your wisdom to these “conversations that will never happen.”

Butter on the side, thanks.