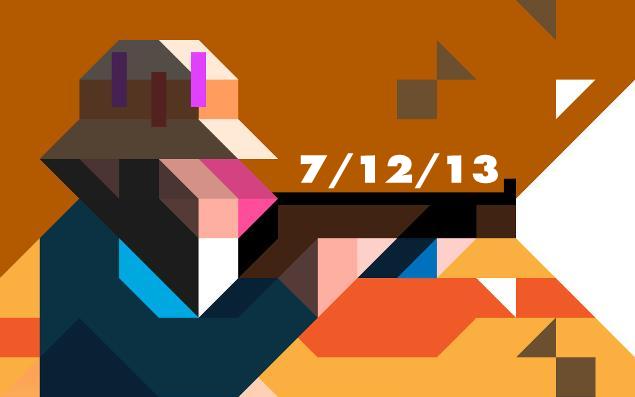 Five years on, the App Store has become a Goliath of gaming. Don’t miss Apple’s celebration of the finest the service has to offer (read: Free games!).

Zach Gage’s star has risen with noted iOS standouts like SpellTower and Ridiculous Fishing. But he still does work in the trenches. Watch as Miniclips playtests a collection of his #128chargames, tweeted out game ideas with rules limited to 128 characters.

The Power Glove is getting a documentary. Somewhere, The Wizard villian Lucas is telling his teenaged son, “No Glove, no love.”

Kickstarter has helped many a game launch without support from publisher dollars. The Washington Post breaks down how the crowdfunding service donates more money to the arts per year than the U.S. government‘s National Endowment for the Arts.

…but not before an NHL 94 Anniversary Mode is included in the upcoming EA hockey sim. We’ll take Jeremy Roenick over Sly Stallone any day.