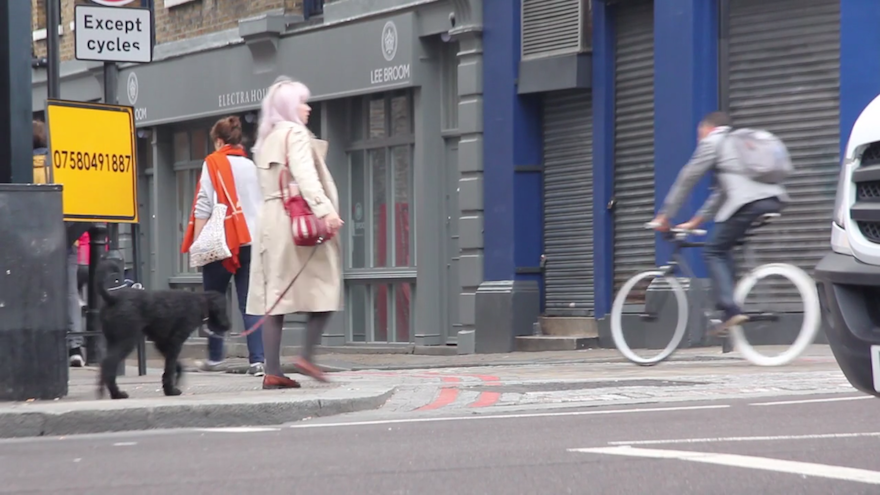 A London-based street artist called Mobstr is making the streets a little more lively with “The Number,” a project involving signs, cell phones, and answering machines. A year ago, a black sign with a phone number printed on it showed up on the Old Street roundabout in London. On dialing the number, callers would hear an answering machine message that began “Hello, this is the Old Street roundabout,” and explained that while it was busy circulating traffic, it would be happy to respond to calls when it got a chance.

The second video came out last week, for a signpost slightly less friendly than the roundabout (“I’m very fucking busy at the moment”), but equally ready to call back.

Plenty of Londoners called in, and Mobstr made a video out of their phone calls. Only a few of the chosen calls are surprised to find the number is for the fixture. Some are friendly (one starts “signpost, babe, hit me up”), and some less so (another begins: “Oy you bastard.”) The calls are personal, one-on-one, signpost-to-human—someone drunk dials the roundabout, someone else calls it all the way from Edinburgh just to say hey. Someone calls the signpost as a traffic light, proclaiming their love, which will have to remain unrequited until one of them gets moved.

Folks in London are playing along with the project, joining in the fun, or making their own fun on top of it—two women call in saying they’ve stolen the sign post, being able to gloat to the sign itself adding another dimension to the excitement of running off with the sign. Mobstr’s work is usually similar to other street art—images on walls—but the talking roundabout and signpost invite conversation of a different kind, and the results are quite charming.

Header image is a still from THE NUMBER part 2