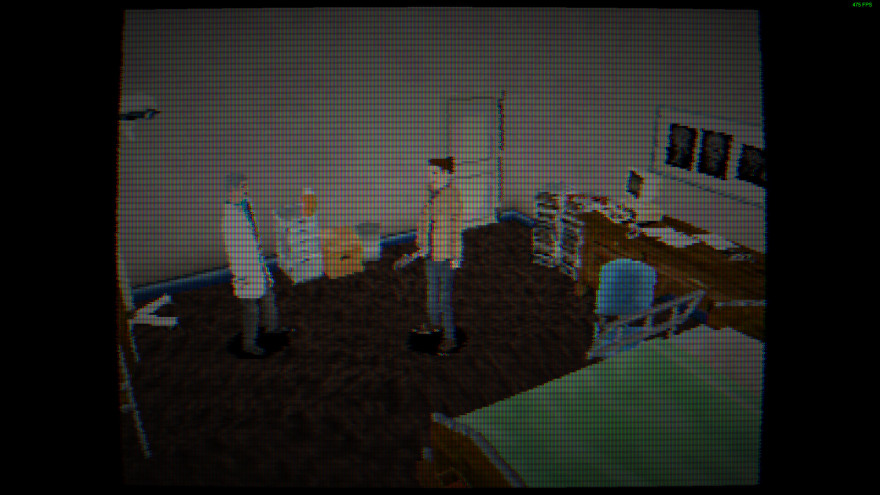 The year 1995 was a turning point for the videogame industry. It was the first year of E3—now the biggest videogame awards and announcement show, which still runs annually. It was the year of the release of Sony’s PlayStation in Europe and North America (it had been released the year prior in Japan), as well as the release of the now cult-regarded system Sega Saturn (also released in 1994 in Japan). While the systems’ most notable games didn’t see release until a year or so after, 1995 was the start of something new. The dawn of a new generation—and a delightfully weird, sometimes experimental one at that.

Tokyo-based game maker Takaaki Ichijo’s upcoming game Back in 1995, due for release on April 28th on Steam, pays homage to the eerie, low-poly games that came out of that time. “Here in 2015, some might think it’s still too early to label those games [as] ‘retro,’” said Ichijo in the description for Back in 1995, written sometime last year. “Yet many fans around [ages] 25 [to] 35 feel something [strangely nostalgic and appealing] about those stylistic graphics. I’m trying to replicate the unique feeling of those early games.”

Ichijo’s not the only game maker to feel a pang of nostalgia for the gloomy low-res games buried in PlayStation and Sega Saturn’s history. The recent arcade-like Steam hit Devil Daggers (2016) paid homage to first-person shooters of the 90s, with its gruesome, Doom-like imagery and unearthly sound design. Banned Memories: Yamanashi, which released a demo the summer of 2015, is Silent Hill-y (1999) down to its core, with its creepy lo-fi environments and fixed camera angles. The game’s full release has not yet been announced.

Back in 1995 is vaguely reminiscent of 90s survival horror, retaining the mystery of other like minded games, but lacking the ubiquitous zombies in another PlayStation-era classic (yet still, a monster of some sort pops up in its teaser). In the game, the player character is on a mission to find his lost daughter and further explore the barren city he has mysteriously returned to. The game employs an old-school menu system (complete with sparse inventory management), a stagnant third-person camera, and of course: “tank” controls (the perpetually groan-inducing, sloth-like movement that plagued early 3D games). Back in 1995 doesn’t just look “old,” but can literally be plopped besides its inspirations and mechanically feel no different.

The most striking aspect of Back in 1995 is its self-awareness. There’s ever-prominent stilted voice acting. There’s mystery amid the creepy environment absorbing the player. There’s unabashed low-res graphics and CRT-emulating trappings. Back in 1995—down to the year stated in its very name—is not afraid to point directly to the many games that influenced it. It transcends being just another homage to inspired games, and instead exists as a product of the era itself.

While not up for pre-order yet nor with a price listed, Back in 1995 mysteriously appeared on Steam and will be released on April 28th for PC.