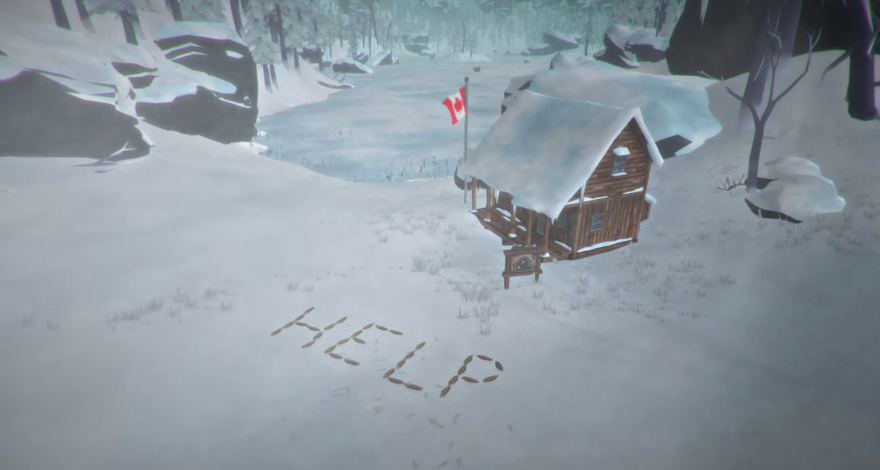 It’s the little things that I value most in survival games—those small, but important details in the environment that let me make reasonable predictions based on my surroundings, or the ability to place items in the world so that I can actually feel settled in my makeshift home.

The Long Dark, a first-person survival sim from Hinterland, is as committed to building out these minute aspects as much as they are the larger, more complex systems that make The Long Dark great. A new update from the team, called Desolation Point, gives equal priority to both, bringing a ton of changes and new elements to The Long Dark that really prove why it’s one of my favorite survival games currently in development.

Those two things I mentioned above are both included in the update: specifically, a new item placement ability and a more fully developed weather system. The weather system smooths out transitions between weather states and generates more practical hints as to what’s coming next, allowing the perceptive to pick up on patterns and better prepare for things like blizzards or even some of its newer weather states, like fog. Weather patterns can be region-specific too, so knowing what to look out for isn’t a uniform challenge.

There’s more to this update than some audio/visual polish

Item placement might seem like a purely cosmetic demand, but for me, it really does lend to that so-called sense of “immersion” these experiences try to create. Being able to arrange some of my excess equipment up on the shelf in that ice shanty I’ve been camping in rather than dumping it all on the floor can make my temporary stay feel a lot more like it’s part of my own unique journey. Since survival sims can often feature long stretches of tedium—tense, yet routine—it’s an important feeling to strive for.

Desolation Point’s smallest details include things like the addition of gear sounds, which change the noise your movements make based on what material you’re wearing, or what sort of equipment you have strapped on you. Improved wind sounds also alter certain weather sound effects based on things like location, temperature, altitude, and what time of day it is.

There’s more to this update than some audio/visual polish, though. Desolation Point is also the name of the update’s newest location, an icy industrial zone located farther up the Coastal Highway, just beyond a burned down forest and a run-down mine. The focal point of this new region is a whaling station, a large metallic warehouse meant to add some variance to The Long Dark’s largely wilderness-based settings.

You can read more about the changes and additions to The Long Dark, including things like its new metal forging system, on its Steam page.