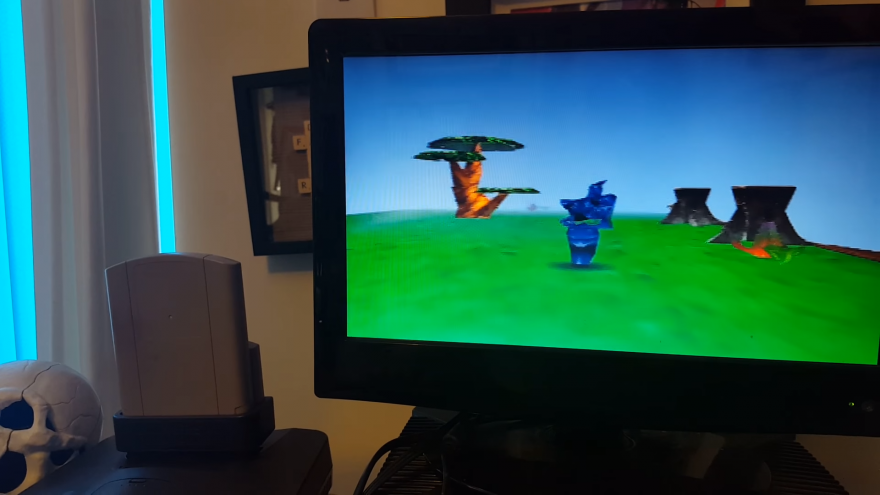 Videogame enthusiasts are pretty good at preserving their beloved medium’s history, even if it goes against the wishes of some industry trade groups. Emulators and ROMs, while technically piracy in most cases, allow old games that would otherwise be left to rot on cartridges or discs to live on in more durable digital formats. But that’s only when hobbyists have access to those games.

In the case of unreleased abandonware or canceled projects, there’s little hope left. That’s what makes this recent development in the story of Freak Boy, a long-canceled Nintendo 64 prototype from 1996, so exciting.

According to Unseen64, an early, but still functional prototype of Freak Boy was recently found at a flea market in Guildford, UK. While the person who purchased the cart preferred to remain anonymous, they did upload a playlist of short clips from the Freak Boy alpha. The videos depict the game being played on a television screen, but they’re still a step up from the grainy Freak Boy commercial from E3 1996, which Unseen64 identifies as the only prior footage of Freak Boy before now.

Hopefully the uploader’s request for anonymity is an indication that they hope to one day rip the prototype so people can play it; if not for the curiosity of long-time N64 owners who remember the original Freak Boy marketing, then for the sake of preservation. It’s something the people who run big-name companies in this industry should care a bit more about.

Thanks to Unseen64 and its anonymous reader for the images.