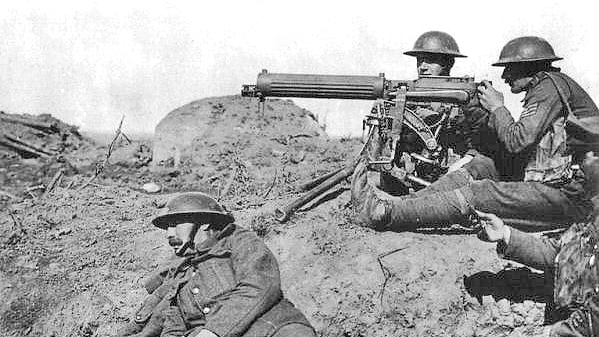 “Xbox One’s midnight launch officially starts new console war,” says CNN. “Sony Scores Early Points in New Console Wars,” announces the Wall Street Journal. “Vote for the greatest game console of all time,” demands GeekWire. “Let Cats Decide A Winner In The Console Wars,” sighs Kotaku. As the battle between the Xbox One and the PS4 for hearts, minds and wallets gets underway (you can follow it closely at the Console Wars website), the notion that all gamers must declare allegiance to one side in an unwinnable battle on behalf of giant corporations is alive and well. Despite its particular relevance this generation, as Microsoft and Sony historically launch their new platforms simultaneously, the idea has origins that go back to the beginning of home gaming.

These battles for console dominance aren’t completely abstract—the different consoles do have different technical strengths and weaknesses that suit different gaming tastes. Few people can afford to buy them all, and few would want to because of the sheer amount of software redundancy across them. We all like to feel as though we’ve made prudent decisions with our big purchases, and we want the console we’ve bought to enjoy a thriving library, so do we have some actual skin in the game. But the drafting of consumers as unpaid (and in fact, billed) cannon-fodder in the Console Wars is largely a post-Internet phenomenon.

Before players had a mass voice with which to shout each other down, the Console Wars were waged more fiercely by the videogame companies themselves, who all engaged in an advertising arms race to devastate the competition with pointedly barbed copy and fancy-sounding lists of technical specs. It would seem quaint and rather gauche now, when major videogame companies, content to let the messageboard hive-mind fight their most pitched psychological battles, tend to discreetly ignore each other in their advertising campaigns, displaying the discretion of the truly powerful. But when those of us now in our 30s were kids, we were deluged in advertising that seemed to reflect our own schoolyard trash talk back at us, egging us on.

Atari was an early pacesetter for this belligerent style, running an ad with an annotated photo of the 2600 boldly headlined “WHY ATARI IS #1,” not naming but clearly indicting competitors such as the Magnavox Odyssey. But things really started getting personal at the height of the Console Wars, in the 16-bit era, when you could  hardly open a comic book without seeing splashy multi-page videogame attack ads. Mascots were besmirched and names were named. You quickly learned to be a Nintendo kid or a Genesis kid, and subscribe to the right magazine accordingly.

Atari was an early pacesetter for this belligerent style

The youth culture advertising style of the day had a snarky attitude, which was crystallized by a landmark skirmish between the Sega Genesis, which ambitiously billed itself as the “Leader of the 16-Bit Revolution,” and the SNES, which it was actually trying to unseat. “It’s A Whole Lot More,” yelled one Genesis ad, trusting that readers could answer “than what?” for themselves. “GENESIS DOES WHAT NINTENDON’T,” another two-page spread trumpeted in enormous bold type. This open salvo caused the usually restrained Nintendo, which prefers whimsy to conflict, to fire back with its own two-page rebuttal: “Why did the Hedgehog cross the road? To get to Super Mario Land.” As zingers go, it’s not exactly a headshot. But we all know how that fight panned out for Sega.

This early ‘90s frenzy of advertorial chest-beating and bloodletting wasn’t restricted to consoles, and there were other cases where it now looks comically misguided in retrospect. My favorite is an ad for mediocre and forgotten 1993 fighter Eternal Champions, which brazenly claims, “To prepare for Eternal Champions, use Street Fighter II as your training wheels.” The screenshot captions are even better, taking potshots at Mortal Kombat (“Hey Johnny Cage, scared you’ll get whipped by girl?”) as well as more at Street Fighter (“Blanka wouldn’t stand a chance.”) The brash yet ingenuous tone could backfire badly, and videogame advertising has gotten more media-savvy as gaming has become more sophisticated. But even those of us who can now afford multiple consoles still know where our hearts really lie, conditioned as inflexible partisans back in those scrappy early days of the Console Wars.