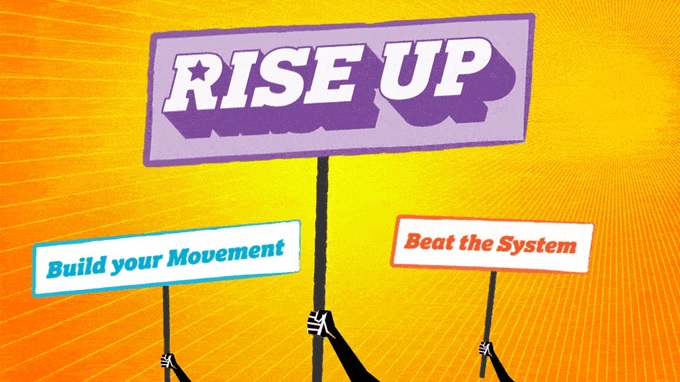 I work, live, and study in Washington, D.C.—undoubtedly one of the world’s most political cities. Here reside the highest stratum of politicians, lobbyists, and corporate cash-mongers. Here, too, live the downtrodden, the marginalized—systematically oppressed people of varying color, socioeconomic status, and gender identity who the government promised to uplift, but, in effect, did quite the opposite. It only takes one stroll through Georgetown to understand how economically and racially segregated this city is.

Washington is the world’s welcome mat to the United States: a city that is supposed to encompass all that America loves and strives for. And it does precisely that, if you never stray further than the National Mall or Embassy Row. Venture beyond these sights, onto a college campus or a historically black neighborhood, and you’ll feel just how desperate the need for change is. D.C. is assuredly a melting pot, but—like many other places in the country—it’s one that’s boiling over. Fast.

It isn’t a day in D.C. without a protest (or four). Sooner or later, all of these protests sputter out. Cops shut us down, people lose their voices. Lack of organization is usually the biggest culprit. Many young students like myself come to D.C. with the hopes of honing their activism, and making real strides towards change either systematically (through lobbying and legislature) or asystematically (protests, sit-ins, etc.). Unfortunately, there’s no class on “Activism 101.” There’s no textbook or counselor to help you build, coordinate, and strengthen a movement you’re passionate about. But thankfully, there will soon be a game about it.

Rise Up, a boardgame by the Chicago-based Toolbox for Education and Social Action (TESA), is a game in which everyone wins, loses, and grows together: not unlike any other social movement. Your opponent is vaguely titled “The System,” and your “movement” can be whatever you like: it can either be based in reality (like stopping an oil pipeline) or fictional (like fighting for dragon rights). But “the System” is hard at work too, maneuvering to crush your movement through tactics like setting up surveillance, making arrests, or causing infighting. With your team, the aim is to spread your influence to 10 “locations” around the board: college campuses, workplaces, neighborhoods, etc., while “the System” actively tries to trip you up at each turn.

One of the more impressive things about Rise Up is that it comes with a children’s version too: a simplified, non-threatening way of encouraging young people to channel their passion effectively into practice. The tools to successfully bring about social change are desperately lacking at every age level: even in the Anthropology department at my university, we struggle with strategizing and getting ideas beyond the “ivory tower.”

The game is impossible to beat without teamwork. Brian Van Slyke, cofounder of TESA, said this about the cooperation mechanic:

“What we really want people to take away from the game, is that just like Rise Up, movement building is a cooperative process. It’s a cooperative game, so the game is playing against you. It really requires people working together to beat the system.”

Since moving to Washington three years ago, I’ve attended a number of protests revolving around feminism and racial justice. Black Lives Matter protests consistently had the biggest turnouts and the highest energy. They are impossible to ignore. Even for those who stand idly by, their day has been interrupted by the very real assertion that black bodies are being disproportionately persecuted by authorities. There are those bystanders, and some who take video too, but these triumphant marches through the streets of D.C. often end with larger crowds than they began with.

Many people, of all backgrounds and colors, are mesmerized and welcomed in by the indomitable presence of Black Lives Matter. Many are eager and willing to uplift each other via social justice. But, like most budding activists, we aren’t sure what to do after the fact. Organization and consistency are key issues in activism—logistical strains on top of physically and emotionally taxing work. Rise Up is a game that aims to provide an uplifting model, without a hint of cynicism, through which to test and retest tactics for activism. If it’s used as intended, in committed educational settings, it could dramatically change the ways we bring about social change.

You can find out more about Rise Up and support it over on Kickstarter.