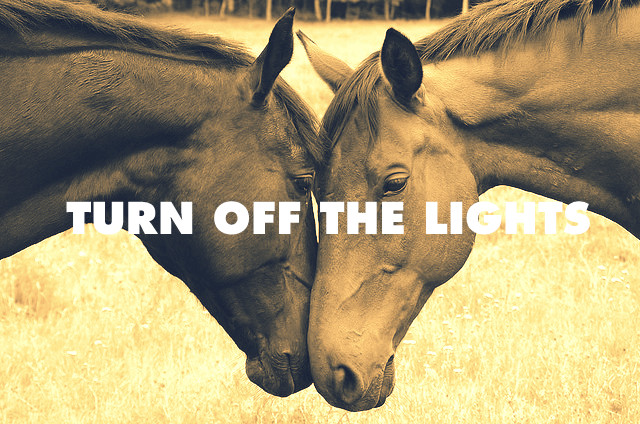 Sometimes, committing to a relationship shares much in common with opening your refridgerator after a forty-eight hour power outage. After one quick glimpse, you know if things have gone sour.

Other times, our emotional gauges are more obtuse; we stare and stare and never see what we’re looking for. Love is a game like any other, and we the pieces. If only our move-set was as limited and empowering as those of Chess, or Go. The reality is messier, with shifting rules and unknown goals.

This Valentine’s Day, I submit a cleaner, dare I say more entertaining way to test the strength of your romantic bonds: Play Kinect Party.

During the final weeks of last year, Double Fine and Microsoft gave Kinect Party away to anyone who would have it. Those who played Double Fine Happy Action Theater, released about a year ago for Xbox 360, will be in familiar territory. For the uninitiated: Kinect Party (a pseudo-sequel / rebranding of DFHAT) is less a game than it is a compilation of augmented reality playpens. You and your real-life accomplices are shown on-screen, displayed via the Kinect camera, but instead of an Ikea couch and threadbare rug, you might be standing in a pool of lava, or trampling upon a tiny city a la Godzilla.

No points are given, no objectives solved. Party aims to start one or embellish one already in progress, be it a six-year-old’s birthday or a college dorm rager.

Or a 31-year-old’s empty apartment.

I downloaded Kinect Party a few days before 2013 began. It was free, after all, and I needed something to warrant the chunky accessory’s placement in my living room. One day I fired her up. The game doesn’t announce its intentions, or explain how each environment works. You’re simply thrust into one hyperkinetic fever dream after another, some more subdued than others.

Looking from the TV’s electric jungle to our spare living room, I knew our party was just beginning

You test out your new environs. When the room fills with multi-colored balloons, you swipe your hands and watch as your on-screen persona pushes around a collective of bouncing spheres. They float to the ground; a swift kick of the legs brings them back up. You pick up that white stool, set up as a TV dinner tray, in front of the couch; now it’s an extension of your arm, batting and flinging the virtual detritus with Stretch Armstrong acuity.

You hear a shutter click. The Kinect was watching all along, ready to snap a photo when your flailing is at its finest. It then asks if you’d like to share the picture with your friends. You think: Why not?

Do this, fair reader, and you will soon know how strongly committed your partner is. My own, after some initial concerns, exhibited her kindness of spirit by not judging my solo endeavors too poorly. Days later, she even joined me for another round, this time a pas de deux of aggressive rubber duckies and a bout with cupcake wands. Looking from the TV’s electric jungle to our spare living room, empty save the giddily erratic movements of my lover’s face and arms, I knew our party was just beginning.

(Okay: so we’re married. Still, with ‘Til Death Do Us Part’ about as binding these days as ‘Let’s Do Lunch!’, the risk for abandonment was considerable.)

As a local multiplayer game, Double Fine’s latest toybox is a gas. As a significant other sieve, it’s even better. So this Valentine’s Day, boot up Kinect Party and test your faith in forever.