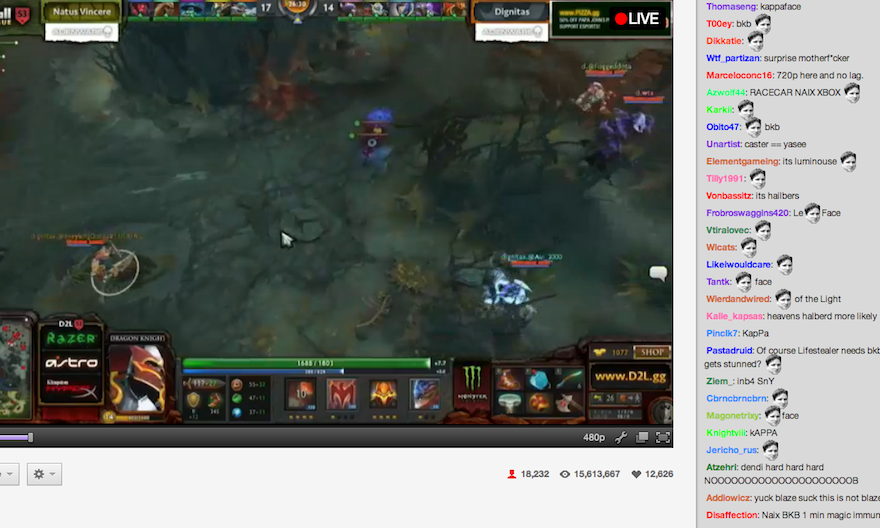 According to which news outlet you ask, it has either been reported, confirmed, or unable to be confirmed that Google is acquiring the ever-popular videogame streaming service Twitch for a cool billion. This is just the latest indicator of how ungodly huge people watching other people playing games is. We saw last week that more online viewers watch Twitch than HBO, and we already knew that it was a goliath in terms of web traffic. If videogames are becoming the rest of the world’s R&D, and this is more evidence, as you have to imagine that Google isn’t only eyeing the company, but their streaming technology that has been perfected by DOTA 2 players and watchers.

Keep it up games!