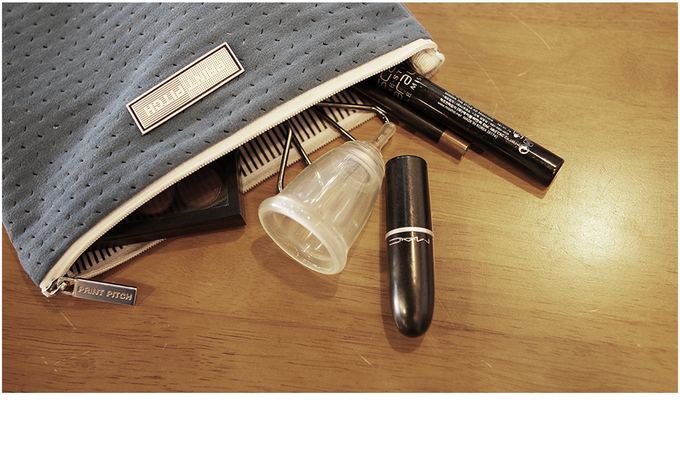 You know how I know its the future? Because “smart” technology is trying to literally get in my pants.

Let me explain: the Looncup, recently Kickstarted, is a bluetooth-enabled menstrual cup designed to help women “redefine” their “special time of the month.” If those words sound like gibberish to you, join the club, because either your first reaction is “what the hell is a menstrual cup?” or “why the hell is the Internet of Things trying to get inside me?”

But beyond these instinctual responses lies something much more important. First of all, technology—that shiny stuff produced in Silicon Valley which is mostly made by men for men—is breaking the menstrual taboo in a significant way. Technology specifically designed for women, let alone their icky periods, hasn’t really made an appearance since ancient Egyptian women first thought to use papyrus as a tampon. Periods have been so unmentionable, in fact, that the first time a first period was ever written about in a fictional setting was all the way back to the olden days (meaning the 70s), when Judy Bloom published Are You There God? It’s Me, Margaret.

Which is why Looncup is so incredible. Not only does it tell you when you need to change your cup through a mobile app, but it also keeps track of your fluid volume and color, which can often be a huge indicator of women’s health. And while I’m not a doctor, I know my doctor has been begging me to keep close track of my cycles since I was first initiated. And I haven’t—because, well, life tends to not be very period-friendly.

To a huge extent, our cultural relationship to menstruation (which, right now, can best be described as tolerated and at worst be described as antagonistic) affects women’s health. By sweeping a natural biological function under the rug, we risk losing sight of its significance as an indicator of a person’s overall health.

What I guess I’m trying to say is that we’ve come a long way since my grandmother believed she had contracted a serious disease and was most likely dying after she got her first period.

On the Kickstarter, Looncup uses a lot of liberation verbiage, like the concept that it can give you “back your freedom” to “live happier.” While this mostly sounds like marketing bullshit, the Kickstarter also points out that we’re in desperate need of revamping the way we think about our periods. Looncup wants to turn your monthly stress-filled, sex-less week into a celebration of the fact that your body is doing what it should be doing.

At the same time, I’m wary of giving the internet access to the most intimate part of me. What about all those bluetooth-enabled baby monitors that people hacked into only to terrify children (and their parents) half to death? What would happen if someone hacked into another person’s Looncup? I shudder to think.

You can support the creation of Looncup over on Kickstarter.