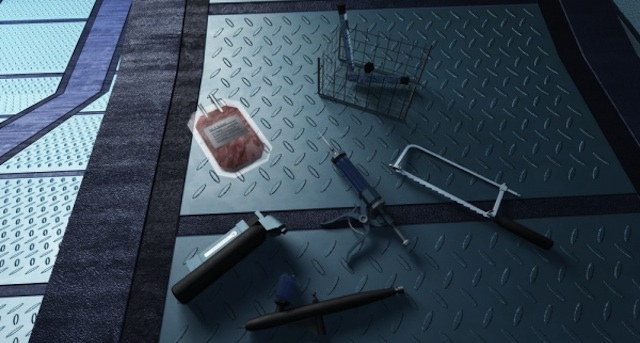 A few years ago, I strode into the archive at the New York Public Library, having proudly applied for my first archival research grant. I was studying American history, but quickly realized that I didn’t know what professional historians did. I had assumed that they simply read even more books for their research. When a curator asked me what collections I wanted to see, I had no idea what to tell him. I ended up choosing (at his suggestion) one of the most recent additions, which was still over a hundred boxes. I spent the next week flipping aimlessly through a man’s professional correspondences. I chased stories across stacks of decaying paper and boxes of microfilm, only to see them vanish days later. I found notes with no identifying source, clinging on to them in the hope that I’d piece it all together.

Finally, my advisor gave me questions to ask. “What’s the story? What is the archive telling you?” She told me, “Just learn the world that you are studying. How do they talk? What do they care about? What do they wear? Who are the leaders, and who are the followers?”

Speaking with Ken Levine about the upcoming BioShock Infinite at PAX East, I asked him what he thought of the general trend toward player-authored narratives in games—the intricately branching storylines offered in Mass Effect and Skyrim. “I find that, as a developer, I’m not as good as those guys are, so I try to stay away from it,” he said. Instead, he has tried to focus on something else entirely: space.

System Shock 2, Levine’s first game made at Irrational in 1999, is nothing without its sense of space. On paper, the story reads like a weak adaptation of Event Horizon. It doesn’t convey the sense of actually being inside the Van Braun, the game’s primary setting. From the first moments on the ship, you can tell something is not right. There is an unsettling silence. A crash, the crackle of a radio. Finally, a voice. It is a woman named Dr. Janice Polito, who will be your only human contact for most of the game.

The rest of your voyage through the ship is guided by its history. Corpses lay strewn amidst the junk of the vessel. Diary entries and professional correspondence illuminate the bureaucratic tedium and human drama of the ship. You find small letters and notes snuck between lovers, disaffected workers bitching about their superiors, gruffly different service-men commenting on the strange noises and smells of the ship. Slowly, you start to hear a quiver of fear in their voices.

Playing the game again recently, I remembered when it hit me, sitting in the New York Public Library, that almost everybody I was writing about was dead. There’s a nakedness you are exposed to in the archive that the final book can rarely approximate. I was reading a diary kept by a person with AIDS during the final years of his life. This was a time before supportive drug cocktails, so he had slowly lost control of his extremities even as he continued to write. His graceful cursive degrading into a painful scrawl gave me a shatteringly clear image of his horror.

Knowing how his life ended made the image no less potent. What is striking about archival work is the process of revelation, rather than its purely dramatic effect. There are the elaborately timed and staged elements of System Shock 2—like all of Irrational’s titles, the game’s overarching narrative is framed around a series of twists. But the story comes to life for me in the duller, quieter moments when all you hear is the frantic and endless clatter of your boots against the ship’s steel frame. Often pacing through the game’s claustrophobic hallways, you’ll even meet ghosts. If you stick around long enough to watch their stories, you can see how they, like the man whose diaries I found, literally disintegrate before your eyes.

Unless you’re starring in a David Fincher film, archival research isn’t usually a sexy concept. But that is what makes System Shock 2 engaging. The narrative lies almost hidden. It’s mostly collected in the tapes you find, but is also embedded in the world itself—scrawled across the walls in blood, neatly printed on every box of ammunition and bag of chips that you step over, hiding behind the keyboards and terminals of every computer you have to access to find your way through the maze of the ship. The game leaves so many pieces unfound and seemingly incidental.

This seems almost lazy compared to a novel. It’s also what makes the game so eerily realistic. What rises to the front of the player’s imagination, pulled out from the detritus and emotional squabble, is the final story.

Besides the recent indie darling Dear Esther, this type of storytelling seems to have gone out of fashion in videogames. Most of the “found materials” in a large game like Mass Effect, Dragon Age, or Fallout augment the lore, but are usually taken to do little else. Tom Bissell wrote off the dense historiographical lexicon of Skyrim as something “many of [the] game’s biggest fans are unable to endure.” Deus Ex: Human Revolution ambitiously included environmental storytelling in its repertoire last year, but critics generally found that the stiffness of its primary storyline overshadowed the narrative told in Jensen’s actual spy work.

To become better gamers, we need to become better readers, recognize that reading itself is already a physical act and even a playful act. Reading a work for the first time, Vladimir Nabokov wrote in his essay “Good Readers and Good Writers,” is a “process of laboriously moving our eyes from left to right, line after line, page after page, [a] complicated physical work upon the book.” Text, he suggests, is a fluid thing that we continually rediscover in this process.

This is something a narrative game like System Shock 2 understands so well. It isn’t simply presented to you like a film or any other piece of drama. Like researching an archive, and less like reading a book, it is investigative and ultimately incomplete without the added ingredient of an internal plot. Just as important as sifting through documents is to learn to be a storyteller—to find and craft the narrative that lies beneath all of these pen strokes and personal details.

Jamin and Michael argued earlier this week about whether or not a game can truly be “finished.” Personally, I think it can’t, but the question itself misses the point. The first physical act of reading, Nabokov argues, is what “stands between us and comprehension.” The player-as-reader should be thinking less about “finishing” than about “rereading.”

Nothing is more boring or more unfair to the author than starting to read, say, Madame Bovary, with the preconceived notion that it is a denunciation of the bourgeoisie. We should always remember that the work of art is invariably the creation of a new world, so that the first thing we should do is to study that new world as closely as possible, approaching it as something brand new, having no obvious connection with the worlds we already know. When this new world has been closely studied, then and only then let us examine its links with other worlds, other branches of knowledge.

The problem Bissell identifies with Skyrim is that the game’s found materials aren’t an archive, they’re an encyclopedia that spells out the story of the world, if we only had time to read it. Games may need better writing, but they also need better curating. They could learn from the unsure story of System Shock 2, which is made up of disembodied documents, shreds of evidence that lay like puzzle pieces before the confused and aspiring historian. It is both tremendously frustrating and profoundly liberating that the game does not put all the pieces together for us.