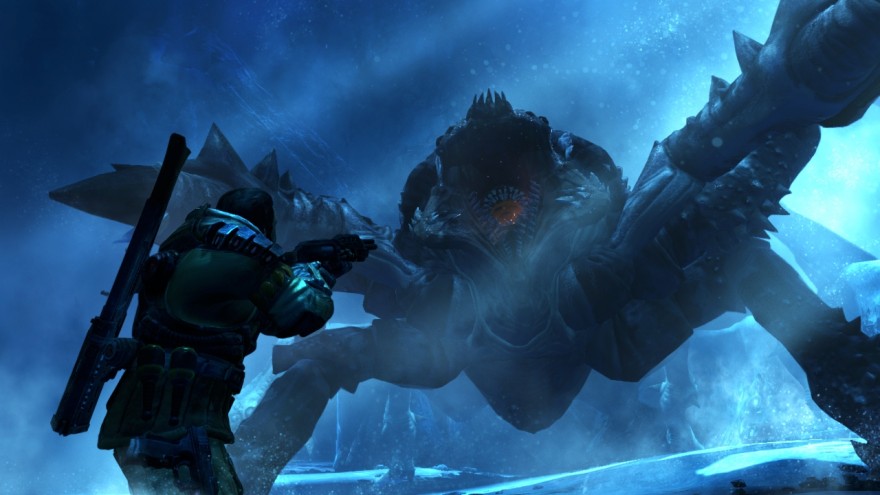 What’s the most dreadful aspect of video games?

A friend asked me recently, “What’s the most dreadful aspect of video games?” It took little time to respond: bad voice acting. It’s baffling how much developers miss the mark on this. Programmers seem to have finally mastered the art of matching the facial expressions of real people to the expressions of their digital incarnations, as in the interrogations of Rockstar’s 2010 game L.A. Noire. But then something like Halo 4 starts with an immaculately professional prologue before Cortana shows up to croak, “Chief, the blasters are down in Sector Z!” in what passes as a defining performance in videogames.

Lost Planet 3 gets this problem. I can envision the production team at Spark Productions sitting down and forcefully refusing to allow the mediocrity of its predecessors to carry on. Lost Planet 3’s characters sound like a group of actual friends and coworkers, each character with his or her own distinctive manner of speaking. There are believable shifts in tone and style in the dialogue. The quirky banter of the prologue forecasts a game of uniquely well-rounded personalities; it would be a game of precision and detail, I fancied.

Or not. Lost Planet 3 is no brave step forward, but a clunking, lumber-headed slog, with all the subtlety of a boot to the face. You play as Jim Peyton, a good ol’ American man who bids his Earth family goodbye to find work on the final frontier of space. Employed by the shadowy corporation of NEVEC, you embark on a series of “missions” (read: errands) foraging the meteorologically unfriendly planet of E.D.N. III.

E.D.N. III is a world of vast, purposeless surfaces, with all the topographical intrigue of a sheet draped over a chair.

These icy, mist-covered wastelands have a certain allure, but no amount of cinematic grandeur can justify what we’re actually doing in Lost Planet 3. The hostile alien inhabitants of E.D.M. III appear in mindless droves, awaiting rapid-fire murder. And when enemies start to get more difficult, combat is never a question of strategy, but instead shooting at orange, glowy extremities. In an unintentional bit of foreshadowing, you’re handed a pistol at the outset that has infinite ammo, a supernatural titan of industry that you can upgrade to your heart’s content and shoot, shoot, shoot … and then shoot, and shoot, and shoot.

This lies at the heart of Lost Planet 3’s flaws—there are few interesting choices to be made. “Exploration” is, for example, a series of never-ending directional markers that point you in the direction of your objective. If you’re a roguish type and decide to go off the beaten path, maybe you’ll find a treasure chest (singular). E.D.N. III is a world of vast, purposeless surfaces, with all the topographical intrigue of a sheet draped over a chair.

Occasionally, you’ll clamber into the Utility Rig, a hulking machine which lets you travel faster and explore new ways to fight the Akrid. Though the switch to first-person is refreshing, there’s again a limited number of interesting choices to be made. Well, there are three, to be exact: Use your drill arm, use your rotating arm, or block. You’ll feel so excited to use your drill against the Akrid for the first time!—only to discover that the aiming mechanics are so imprecise that it’s easier to just step on them.

This, then, is what Lost Planet 3 offers: a large, handsome, white-ish place in which one can stomp on things. The flashy menus, the toothsome fog, even the likable banter can’t hide that this wasteland game-world is also a wasteland of a game.