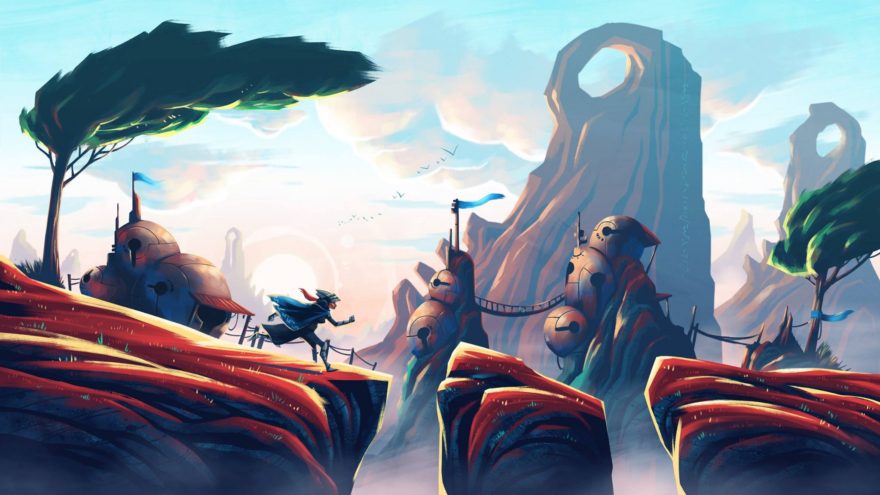 A child is standing on a scrap of paper. “This diary belongs to Izzy,” she says. As you move her across these words and to the next page, another set of words appear: “I never knew my mum. It was mostly gran who brought me up.”

This is Lost Words. It’s a story-driven platformer being created by UK-based studio Sketchbook Games. Led by Mark Backler, a veteran designer who previously worked at EA and Lionhead Studios, the game explores the story of a young girl as she copes with life’s struggles including the illness of her grandmother.

A fantasy world conjured up by Izzy also exists. Here, she tells the tale of a would-be knight while using the world as a way to “deal with the difficult things going through her life.” With parallels to her real life, the fantasy world allows Izzy to feel “empowered” in a way she may not feel in the real world.

This portion of the game echoes Daniel Benmergui’s Today I Die (2010) in that interacting with the words themselves can affect the environment. In one of Lost Words’ most memorable scenes, you see this at work when you guide the knight out of a darkened cave with nothing but the word “hope” (which has been transformed into a light-emitting object). Similar to narrated games like Thomas is Alone (2012) and The Stanley Parable (2013), Lost Words lets you “live” the tale as it is told.

Backler says the concept for the game came three years ago during Ludum Dare 26 (with its “minimalism” theme). Initially wanting to create a Tetris-type word game, a happy accident led to the “words as a platform” idea.

“When I ran the game, I didn’t have any physics on the words yet,” he explains. “But, as my character dropped down, landed on the words in the middle of the screen, and just stayed there, I thought, ‘That’s really cool!’ … [That seemed like] a much better idea than the game I was trying to make.”


During the next few years, the game would expand from its original prototype (“a white screen and a sprite of Mario [who] just slid around”) to its current version with the diary and fantasy world. Backler says they are still about a year from finishing the game—with plenty of work left in terms of adding levels, an overarching story, and details like sound design and particle effects.

For such a narrative-driven game, the story plays a pivotal part in creating the “strong emotional element” Backler hopes players will experience. With Rhianna Pratchett (of Tomb Raider fame) penning the story, this aspect of the game appears to be in good hands. Speaking of this recent addition, Backler confesses he thought Pratchett “wouldn’t be interested in a small project like ours.” But, as Pratchett recently explained, joining projects like Lost Words is “more of a case of someone coming to me with an interesting project that excites me with its imagination and creativity, and I genuinely believe I have something good to add to the world.” 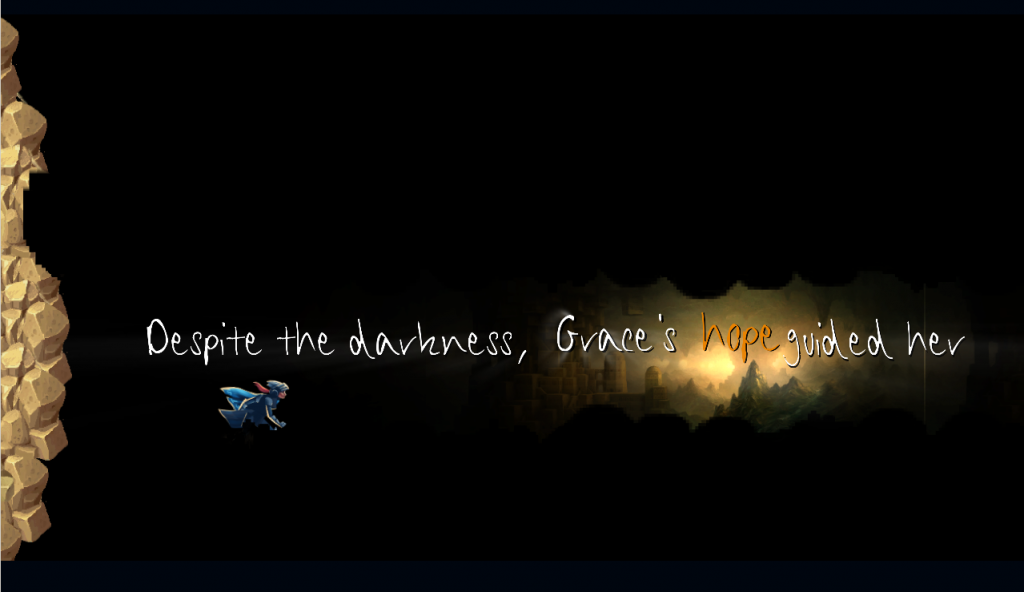 All photos courtesy of Sketchbook Games.