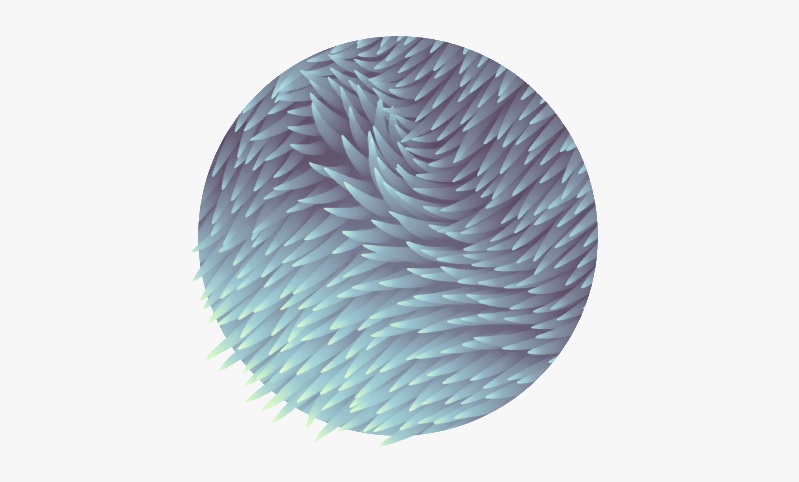 Most people have owned a pet at some point in their life. And even if you haven’t, you’re probably familiar with the passion that erupts inside children when they see a fluffy dog or a well-groomed cat—they must be smothered with love, their fur tousled and stroked to make them feel good. But children don’t always want to pet normal creatures, and sometimes their imagination runs wild with dreams of petting dragons, unicorns, or perhaps something slightly more in reach like a polar bear.

Well, Nina Geometrieva, an artist located in Singapore, decided to create an iOS app that lets you pet virtual exotic and imaginary creatures. The app is named “I Love Fur,” and features creatures that include an evolved Sea Cucumber, a Bipolar Bear, and also a Supernova-Eating Fungus. In a brief interview, she revealed that her inspiration came from the way she saw people scroll their feeds, with their fingers scrolling as if they are gently petting their smartphones.

She also discussed her future plans for I Love Fur, and confirmed there will be more creatures added later on, with “totally different, unrealistic fur properties, like elasticity or strands that lengthen when touched, or glow or change color, or break the confines of physics and reality.” She then went on to offer a sneak peek at two of the upcoming creatures, which are an Unshaven Cthulhu and a Snowphobic Yeti. You can check out a picture of the latter below.

Each one of the furs will have its own needs and demands, which you will need to fulfill in order to strengthen your relationship with them. For example, if you are petting a creature with glowing fur, it won’t start glowing until you play with it the way it likes. You start off as a complete stranger but should slowly turn into best friends as you get to know each other. I Love Fur should amuse some children, and will surely finds its way into the hearts of fur-loving adults.

You can download the app for free on the App Store. You can find out more on its Behance page.