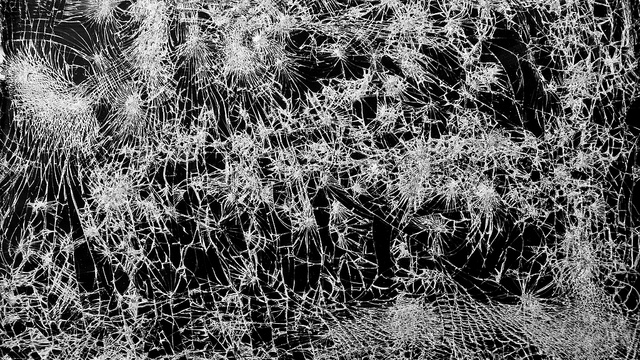 Pick up the iPad your company lent you. It always felt like an overweight iPhone. You’re going to miss its heft. Flick through the pages, delete the apps one by one. You won’t be adding to your midnight Netflix queue. You won’t like anything on Facebook. You won’t need to consult Fandango for movie times after work. You’re not going to read any more manga in the bathroom, or digital back issues of The Wire. You definitely won’t need the editorial calendar that you never needed to look at anyway.

Time to shut down your email. For a year, you felt threatened by that Mail icon on the bottom row. The red badge would light up with new questions and deadline extensions from writers and orders from the boss. You bet he was sending them from one of those Lower East Side cafes you had meant to try. There is no badge today. Is the Wi-Fi on? That was the problem. The badge lights up with 2 new messages. Tap the Mail icon.

I can’t wait for that game! If videogames can’t disguise their machinic underpinnings, they should wear them proudly. An open-world videogame is about freedom to explore and play, except when you shut down the program that enables it. Cyberpunk is about being augmented but also oppressed by technology. It’s the perfect match. Does anyone really want to hear this now? It sounds so feeble.

Press the red button. Deleting this account will remove its data from your iPad, the iPad says. It took less than one second. Open Safari. Close your open windows one at a time. The enormous NeoGAF thread for iOS games. The menu at that Chinese place you were studying. The home page. It was a good week on the site. Delete your bookmark for the chili-lime swordfish recipe. Make a new one for Kill Screen.

Disconnect your Game Center account. But look at your friends first. Most days they’re all playing Ascension or Pocket Planes. Today they’re all playing different things. Feel bad you didn’t get to write something nice about Slydris. Pause to remind yourself you aren’t actually deleting your friends, only one connection to them.

You wonder why you need to delete the games you installed here, but half are deleted before you ask why. Maybe you don’t want to share your high scores, even though you realize they’re here for posterity. They will prove that you were sitting there, playing that game that you loved so much, using those skills, at that time. At least until the next player eclipses you, and your best achievement is wiped from the rankings like a piece of fish skin off the cutting board in the sink.

Five games are left. You have 12 games ongoing with at least 10 people. Remember to take your turns on your other device later. Your finger wavers over their icons. Eat your egg sandwich first and wipe your fingers. Press and hold the Carcassonne meeple. The whole page quivers in anticipation.

You always opened Carcassonne when you wanted to remember why simply playing with friends was enough. You played Hero Academy between articles at work, undoing and undoing moves in place of making more edits. You tried to Outwit big-league players and a writer who had faith in you and others. You played so much Ascension that one time you ended up juggling two games in parallel with your colleague while he was in the bathroom down the hall. You sparred in Neuroshima Hex! with one of your closest writers and kept an iChat window open between you. The night after your last day of work, you played in bed with the device resting on a pillow until you fell asleep mid-turn, the iPad still brightly lit.

When those games are gone, you really do feel you’ve erased your memories, even though your app purchases are recorded in iTunes history, even though your victories and replays are saved in the cloud. The memories were nothing more than games, and the games were everything to them. Both existed because you sat on the other end, putting your fingerprints on this screen.

The other thing was the photos. Flick through your album and erase an embarrassing picture of a chocolate cake. The rest are all screenshots of your Hex games. Most record various win states—situations where you had effectively checkmated your opponent, your victory assured in the next move—and others document battles that had simply resulted in what you found to be beautiful formations of discarded units. How ridiculous, you think. To someone holding this iPad for the first time, these screenshots are the picture of a brain built like a deranged beehive. They reveal everything you were obsessed with, and nothing you found meaningful.