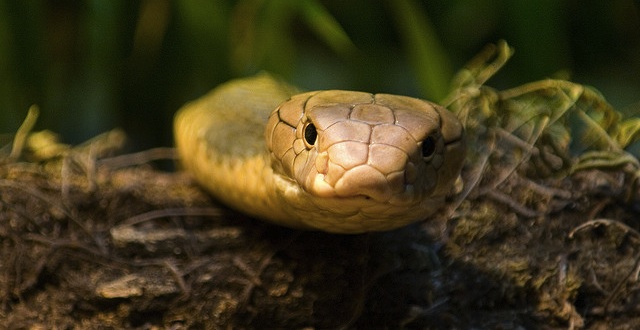 Conventional wisdom says that good things come to those who wait. But if videogames teach us anything, it’s that good things come to those who learn to love. You dive in blindly, feeling out their structure like a blind man tapping on the sidewalk with a cane. You submit yourself to repeated failure and mechanical harshness. But if you are lucky, you become entranced. On July 4, I began to learn to love Spelunky for Xbox 360, which admittedly is not an easy thing to do.

Spelunky may be the perfect existential game, though you wouldn’t know it from screenshots. Tribal artifacts have never looked so adorable. Yet the cutesy graphics give way to an archeological dig into hell. The flat tiles of its world could be glyphs from a Mayan codex, spoken by a misanthropic god and written down by enslaved worshipers. A man-eating plant munches on a caveman. A bat is caught in a spider web. The path is blocked by an evil-looking stone statue that shoots out spikes. A dead tribesman is lying next to it, repeatedly being stabbed by the spikes. And when I take out an enemy, I feel required to torture it. I whip it repeatedly as it lies unconscious; or pick it up and throw it into a spike bed. These little scenes of cartoon malevolence create a lot of anxiety: What will happen if I do this, this, this, and this, but not this or this?

Today existentialism usually comes up with regard to nervous breakdowns—the ubiquitous existential crisis. There is a good reason. Anxiety plays a huge role in the best ideas of existential thinkers. Friedrich Nietzsche believed extreme mental anguish—which accompanies nihilism, the shaking conclusion that universal truths and religious beliefs have no underlying foundation—is necessary to become a free spirit. Martin Heidegger thought that we should face up to the fear of death and live authentically. The 18th-century theologian Søren Kierkegaard said that a knight of faith must “work out [his] salvation with fear and trembling.” Perhaps Fyodor Dostoyevsky summed it up best, though. He wrote in The Brothers Karamazov, “When I fall into the abyss, I go straight into it, head down and heels up, and I’m even pleased that I’m falling in such a humiliating position, and for me I find it beautiful.”

This should sound familiar to anyone who has played Spelunky. It is a game where you screw up, feel bad about screwing up, screw up, screw up again, and screw up some more. (I could go on!) In our Kill Screen review, Jon Irwin came to the conclusion that it made him hate himself. His frustration is understandable. When I first tried it, exhausted after a long day of barbecue and mosquito bites and warm beer, I could barely escape the first level. After 10 or 20 very brief games spent mishandling bombs and walking into dart traps, I sat the controller down and seriously questioned my abilities. “Am I this bad at videogames?” I sighed. It was a desire to overcome my self-doubt—not for thrill or enjoyment—that brought me back.

“The secret for harvesting from existence the greatest fruitfulness and the greatest enjoyment is: to live dangerously!”

Spelunky is a one-two-three punch of notoriously hard game types. It is the roguelike masocore platformer. Just reading that trio of words may inspire little spasms of angst. “Platformer” sounds safe enough, though it does imply a threat of falling. “Masocore” is taken from masochism + hardcore, and the genre is known for swatting your character like a fly. Hearing the word “roguelike” gives me the feeling that the game would rob me at gunpoint to buy crack. This isn’t far from the truth. Roguelikes are dungeon hacks that thrive on chaos, and can be compared to playing Russian roulette with a random-number generator and a dwarf—which is something to worry about.

To love Spelunky is to wring your hands around a gamepad nightly. Playing is a complex articulation of button presses, and must be pure hell for anyone with obsessive-compulsive disorder. To get to the exit at the bottom of the floor only requires that you have nimble fingers, but it often leads to a chain of events more complicated than the logical steps in a Christian apology. One, drop an urn on the head of a bad guy. Two, jack his boomerang. Three, throw it at the vine-climbing monkeys. Four, take care to catch it when it comes back to me. Five, cross the vines and nab the golden skull. Six, discover that a damsel in distress needs saving. Now I have to juggle between the boomerang, the golden skull, and the woman because I can only carry one at a time—and don’t want to leave any of them behind. So, I take care to 1) toss the skull down over the ledge, 2) then the boomerang, and 3) lastly the girl, then 4) hurriedly hang over the ledge myself, and 5) cautiously jump down, 6) quickly grabbing the girl and 7) sticking her in a safe spot before she runs into danger. I continue like that.

The erratic level design makes this even harder than it sounds, but that’s why Spelunky is so exciting. You are constantly in the act of discovering, because the mines are different each time. The computer shuffles through all the pieces that compose a level—the acid-spitting snakes, the floors and ceilings, the sapphires and gold—and deals them out randomly. A complaint you often hear against this type of design is that you can’t memorize it, the way I could probably draw a perfect map of level 1-1 from Super Mario Bros. on a cocktail napkin. Spelunky requires that you be in the moment. You must be totally methodical, but also completely spontaneous––ready to change at the drop of a hat. It forces you to live dangerously. As Nietzsche wrote in The Gay Science, “The secret for harvesting from existence the greatest fruitfulness and the greatest enjoyment is: to live dangerously!”

It is a method for creating future worlds, not subscribing to preexisting structures. But maybe it’s okay for games to point the way.

It isn’t necessary to dig very deep into Nietzsche’s most provocative work to see why Spelunky counts as existential. In fact, you don’t even need to open the cover. The answer is right there in the title: Die fröhliche Wissenschaft; The Gay Science. It’s paradoxical, if you think about it. How does someone live in such a way to be lighthearted and frolicking and carefree, as if they were falling in love, and at the same time approach life with the workmanship and rigor of the pursuit of science? It seems impossible.

Yet that is exactly what happens as you play Spelunky. First, I was confounded by its harsh, inhuman mechanics that bent not only my hands, but also my brain, and what felt like my spine and skeleton around the sharp angles of its diabolic structure. Perhaps out of morbid curiosity, I stuck with it. Strange enough, I began to like it, just a little. The more I got to liking it, the more rigorous and skillful I became. And the more rigorous I got, the more I enjoyed playing. In this way, I fell deeper and deeper into the experience, until eventually, I forgot that I was contorting myself at all, and in this awkward position, I found that I was approaching a state of bliss.

The bliss didn’t come from rigor—from wrestling with the internal logic of a cruel and inhuman system. It came when the rigor had become second nature—and my exhaustion had itself been exhausted—so that I was able to play and frolic in the strictness. And it came just as Nietzsche described it. “It continues to compel and enchant us relentlessly until we have become its humble and enraptured lovers who desire nothing better from the world than it and only it,” he wrote.

That is why I love Spelunky. I guess the irony here is that Nietzsche would probably cringe at the thought of his perspective being used to explain a videogame. Nietzsche believed his gay science would provide a way forward in the future, once the world freed itself from religion and Greek logic. It is a method for creating future worlds, not subscribing to preexisting structures. But maybe it’s okay for games to point the way. After all, Nietzsche was also a believer in brief habits. He thought it was human nature to fall head over heels in love with someone or something—but also to fall out of love, and then move on to something new.