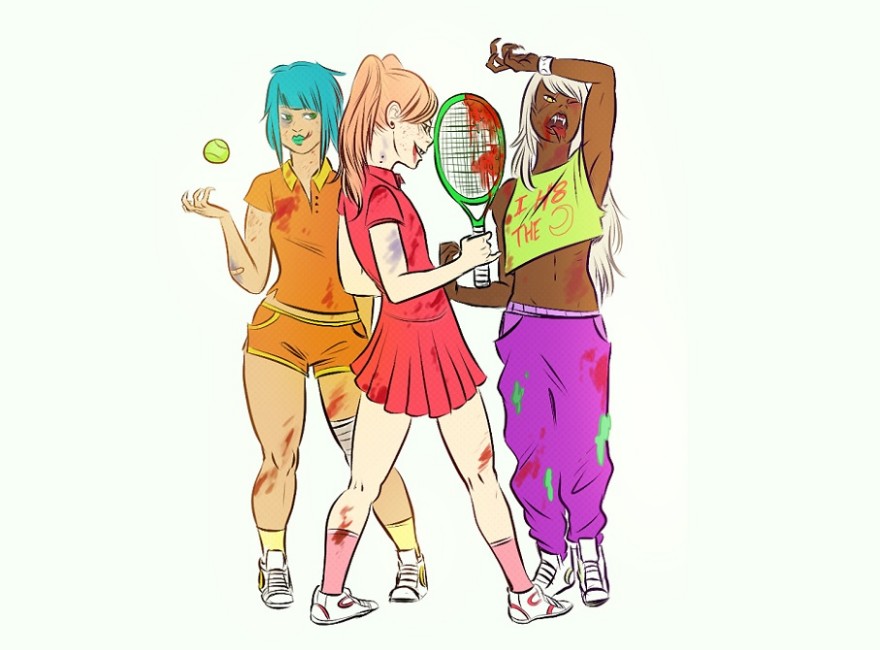 Frankly, it sounds horrible. Yet this list is befitting of the high-school experience. Sure, Love is Zero enshrouds it in cartoon hypertext concerning “vampire tennis school girls having emotions on the moon.” But you need only read developer Porpentine quoting studies on high school bullying and the dreadful effects it can have on people (especially those who play both bully and victim) to see the vampire-fanged coating fade away.

They also feed on blood, as do those students who have been led to decry and destroy those around them.

Primarily, Love is Zero amplifies the systems that operate in the teenage microcosm. It’s here, in high school—within the confines of classrooms and halls lined with lockers—that children learn to become adults by being cruel to each other. They bully and taunt, form cliques, and give in to peer pressure. This decides an invisible hierarchy largely based on physical traits, whether desirous (good looks) or exploitable (being fat). It’s all fighting and fucking; everything else can wait.

Vampires are well-suited to exemplify the intentions of high school students (awkward nod to Twilight), particularly those that bully. Vampires, after all, are neatly manifested, visually—you can’t have a vampire without fangs or claws—but, unlike most monsters, they’re able to blend in with humans. They also feed on blood, as do those students who have been led to decry and destroy those around them.

Unlike many of Porpentine’s Twine games, Love is Zero has you form a “song-poem” with the clickable text, rather than navigating spaces. This ties the game to the music that chants as you play. Your poem, or song (or war cry), always starts with, “I’m a vampire babe…”. Choosing from “STUDY”, “PLAY TENNIS”, or “BULLY,” you add adjectives to the middle of that sentence, as you grow into a “vampire bitch.”

You form a monstrous personality by your performative actions. You can do this again and again through replay, with a different result every time. Like the high-school system, and other institutional and societal constructs, it produces monsters of different facades.

But what is the purpose of Love is Zero? Porpentine clears that up:

“For me, discussing female competition is neither about glorifying it or putting down women, but to have conversations that lead to a greater awareness of the dynamics of female competition so we can interrogate where those feelings come from.”

You can play Love is Zero in your browser for free.