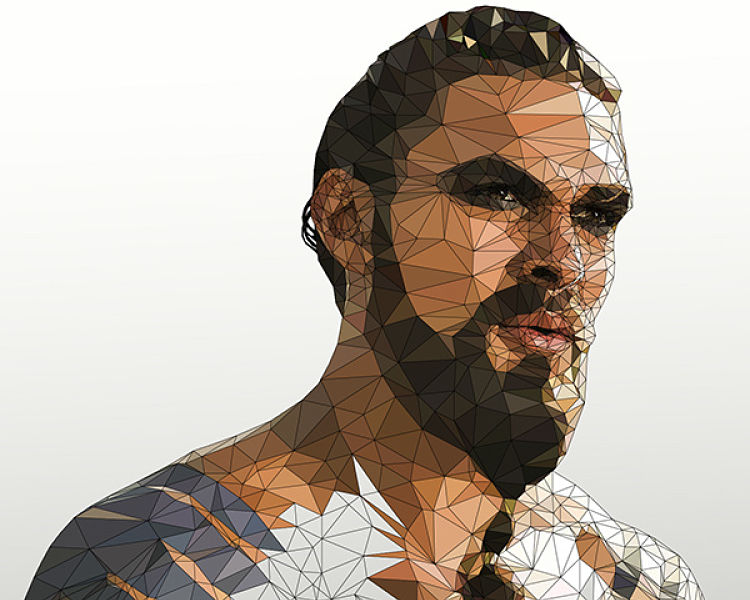 The immensely popular Game of Thrones has been re-imagined online many times by its legion of creative fans. One digital artist, Mordi Levi, has captured several of these characters through a series of low poly portraits. Game of Polygons features key players vying for the Iron Throne, reflecting their fragmented natures through the geometric art style. In this series Tyrion Lannister, Margaery Tyrell, and Arya Stark are all broken down artfully into polygons, rendering simple, striking portraits.

Low-poly art originated in the videogames of the ‘90s as a technical necessity, but it has experienced an artistic revival in recent years. Typically, low-poly portraits are created by drawing polygons over a photograph one by one to create an intricate framework. The artist then fills in each polygon with color. When completed, the reductive style conveys its beauty through the sum of its parts. The final piece’s simplicity conceals the complex structure that enabled its creation, an ideal metaphor for the secrets brewing beneath the surface of Levi’s subjects.

On Behance, Levi shares his process for each portrait, showing how he mapped out his web of polygons over photographs from the show. Also on his profile is Levi’s first foray into artistically re-imagining Game of Thrones. In 2014, Mordi Levi created the series Game of Firms, which portrays the warring clans of Westeros as corporations, creating fictional products and branding for the Starks and Lannisters, among others. The ease with which George R.R. Martin’s universe translates to modern art styles is indication of how this piece of high fantasy has thrived on cable television. The story’s elements are surprisingly modern, and for all its castles and jousting Game of Thrones resonates because of its thematic universality.

Images from Mordi Levi via Behance.