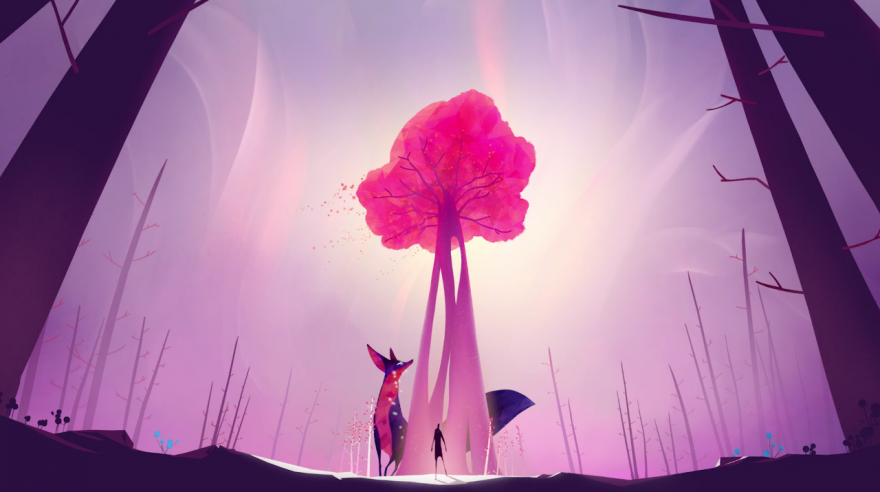 Virtual reality is still in its early days, and being young, has a lot of issues that need ironing out. But sometimes developers can’t pinpoint everything, which is why the vast majority of developers are releasing games on Steam Early Access—to crowdsource Quality Assurance testing, in a way—before a grander, more polished release. And joining the ever-growing Steam Early Access club for VR is Awaken, a new puzzle slash rhythmic music game from developers Blueprint Reality, Inc. and sound design by BAFTA-award winning composer Jeff van Dyck.

At first glance, Awaken looks like cuter, digital version of the board game Mouse Trap. In Mouse Trap, the player builds a wild contraption, where a marble is eventually initiated to roll through platforms before activating the cage-like mouse trap (unlike the glue traps currently tucked away in your kitchen). In Awaken, as an “architect of light,” the player guides digital marbles (or, light) through pipes and levers to solve puzzles, but with a catch—they’re dynamically creating music through the orchestrating the tools as they progress.

Awaken’s Early Access edition features 30 puzzles currently and a level creation system. Upon release, the game will be expanded across five unique worlds with over 100 puzzles for players to solve. In addition it will implement real-time multiplayer, community level sharing, and a fresh narrative to tie everything together. With the help of towering, adorable “Guardians,” the player is seeking to restore light to a bleak, dark world.

Awaken is available for $29.99 on Steam for the Oculus Rift and HTC Vive. It will be 15 percent off for its first week.