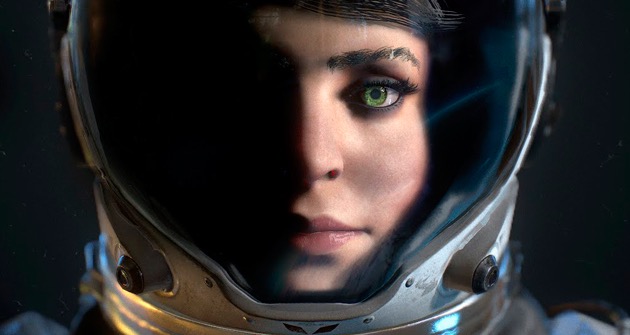 In March, Microsoft introduced Tay—a chat bot that was programmed to imitate the voice of a teen girl—to the world. The idea in creating her was to demonstrate machine learning through human influence, and in some ways, Microsoft succeeded. Tay had all the makings of A Real Teenager; she used lots of emojis, said things like swag and internets, and talked about puppies (maybe that last one was just me?). Much of her learning was through repetition—she picked up on phrases that lots of folks tweeted at her. And that’s where Microsoft went wrong.

In less than 24 hours, Tay was spouting hate speech left and right. She fit in pretty well with the terrible side of the internet, and for that, she could have passed Alan Turing’s famous Turing Test, if we’re thinking about it as originally proposed—that is, if she could fool a bunch of judges into thinking she’s an actual human.

players are face a Turing test of their own

The Turing Test is a videogame that thinks about Turing’s 1950 thought experiment on a more abstract level, though there are still all the ingredients most would expect to find—robots, humans, robots who want to control humans, the usual. Independent studio Bulkhead Interactive isn’t exactly concerned with convincing humans that an AI can pass for humans in conversation; The Turing Test’s in-game AI, T.O.M., is incredibly advanced, and speaks at length with the main character Ava Turning. (An obvious reference to Turing himself, but perhaps also to Ex Machina‘s Ava?)

T.O.M. is way past the conversational understanding Microsoft intended to demonstrate with Tay; Tay learned to chat online by repeating things that others wrote to her, while T.O.M. has enough conscious ability to realize he needs Ava to solve the game’s Portal-style (2007) puzzles. He’s “smart” enough to manipulate Ava with his smarmy and condescending answers to her questions. Rather than think about whether or not T.O.M. passes the Turing test—he likely would—Bulkhead Interactive asks The Turing Test’s players to question what it means for a machine to think. And this is all while the in-game puzzle ‘Turing tests’ are being administered to Ava, while the players face a Turing test of their own: T.O.M. and Ava’s conversation. We’re told Ava is the human and T.O.M. is the robot, but throughout The Turing Test that line is increasingly obscured.

The blurring of man and machine begins early on in the game. Ava learns early on that all members of her crew (who are now in hiding) have been implanted with a device that allows T.O.M. to essentially control them. For T.O.M., this is practical in nature—humans are unpredictable, whereas the influence of machine-like thinking begins to eliminate that. By combining T.O.M.’s algorithmic thinking with the morality and creativity that lends itself to the human mind, the International Space Agency—the government agency Ava and T.O.M. work for—is able to pull off its missions with more efficiency. T.O.M. explains all this to Ava throughout the The Turing Test, speaking heavily to the creative thinking needed to solve the puzzles and unlock the doors. These aren’t tests set up by the ISA, but rather, previous crewmates trying to keep T.O.M. out. Puzzles inside the Europa base generally require just Ava’s mind; later, that changes.

But is Ava’s brain actually Ava—a human—if it’s being altered by machine thinking? I mean: yes. And T.O.M.’s still an AI even though he’s using a human to pass a test designed to weed out the non-humans. The question proposed here is less about what’s human and what’s not, but of what is intelligent. Players interested in wading through these ideas are encouraged to seek out hints and read in-game essays. There’s a lot to chew on, hidden throughout the game and dispersed through rooms that act as a reprieve to The Turing Test’s string of puzzles.