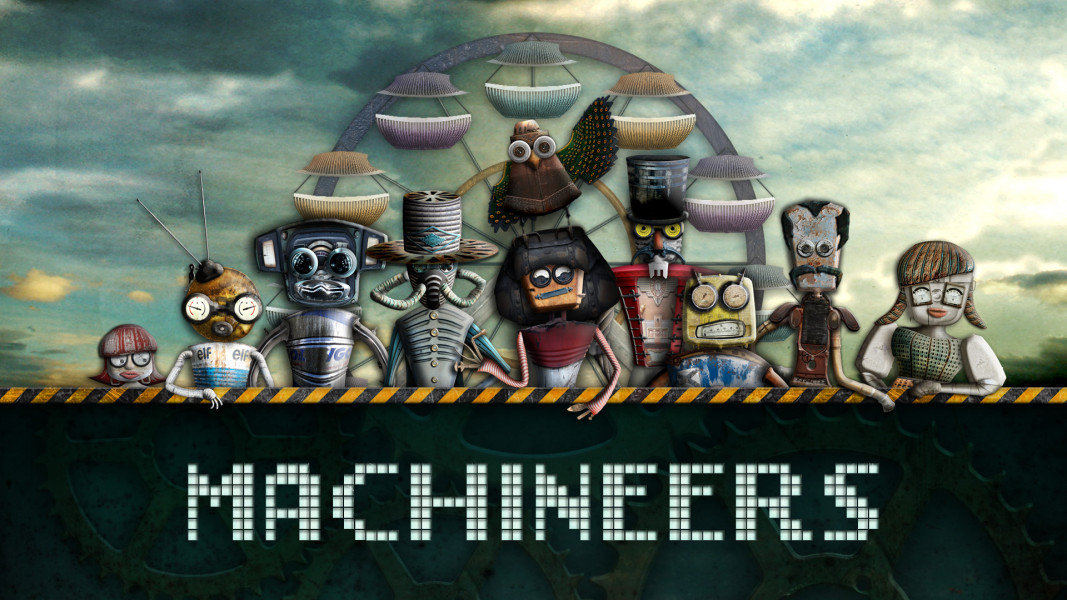 How do you make a videogame that is well and truly a game while also being, dun dun dun, educational? In the end are the two mutually exclusive? You could argue a game need only be fun to play. Or maybe it is the hierarchy of challenges, the increasing difficulty through level progression that preserves its “gameness.”

I have distinct memories of playing Math Blaster in my elementary school’s Mac lab. The game was fun. I’d be in my spaceship blasting space debris labeled with correct answers to simple multiplication and division questions. It definitely followed the rules of other spaceship games. But when I went home after school I wasn’t going to play Math Blaster. I was going to be Sonic the Hedgehog—because Sonic was a videogame, and Math Blaster was a learning game.

For Henrike Lode, creator of Machineers, in order for an educational videogame to exist as both simultaneously, it must be sneaky. “We are trying to prove that the receptiveness and motivation of players is much higher when they are not aware they are learning,” she says.

Developed as her Master’s thesis project at the IT University of Cophenhagen, Machineers is set in a robot industrial world clearly inspired by Machinarium. Lode’s project exists as both a puzzle and sandbox game, where players use gears, switches and buttons to create functional machines. Within the sandbox world they are given an assignment: build a wheeled vehicle that can successfully propel forward, for example. The vehicle can be as rudimentary or complex as the player wants, so long as it meets the basic criteria. Once the machine is successfully assembled, its parts moving and reacting with synergy, on to the next assignment. All the while it is never revealed that the player is actually learning the basics of method hierarchy, sub functions, and method calling with and without parameter. They are learning to program.

“I don’t want any code in there,” says Lode. “I treat it like a completely normal puzzle game. The game comes first. But it also teaches, inherently.”

It also helps that Machineers is beautiful. The in-game world does well to evoke the rusty melancholy of Machinarium, but there is something affectionately DIY about Lode’s game. The characters look as though they are built from clay or photo scraps by some imaginative child. They move like marionettes. The seams, the glue, are all out in the open.

“Machinarium is all hand drawn,” says Lode. “I didn’t draw a single line. It’s all mashed up. Textures on top of textures.”

“We are trying to prove that the receptiveness and motivation of players is much higher when they are not aware they are learning.”

Machineers will be released episodically. Five episodes, or “cities,” are planned, each city containing 12 puzzles. Every episode will teach the player to build a specific vehicle. Episode one is all about cars. From there, boats, hot air balloons, rocket ships, finally a teleporter.

Lode also wants every episode to be released on a different platform. In October, episode one will be released for tablets on the App Store and Google Play. Episode two, slated for December, will be expanded to Surface. From there, Lode hopes further episodes will be made available on PC/Mac and eventually consoles.

“We want to make the game as inclusive as possible,” she says. “But it’s still really difficult. That’s what makes it particularly fun. When you finally beat it, it’s very rewarding. Just as in the programming experience.”