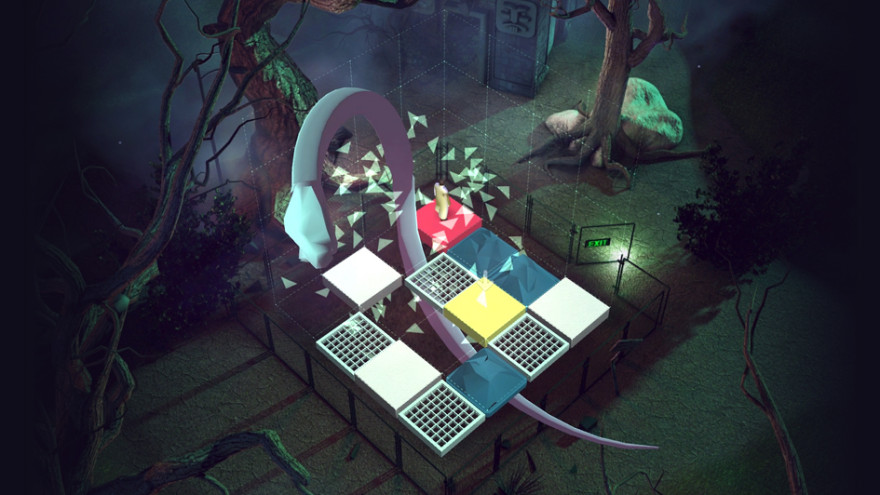 I can name few games based on renowned European operas, and even fewer based on famous Japanese adaptations of classic European operas. In fact, only Magic Flute fits the bill. Created by LabLike, Magic Flute is a tile-based puzzle game for iOS set in the world of Wolfgang Amadeus Mozart’s The Magic Flute—as performed on-stage in a rendition created by the acclaimed Japanese stage director Amon Miyamoto.

Miyamoto reimagines Mozart’s fantastical musical adventure as an urban tale, using moody city sets combined with grand, classical architecture to create a mystical mash-up of worlds. The actual opera itself uses video projections to generate scenes and sets that border on the surreal.

This cross-genre style also manifests in Magic Flute, the game, which pulls directly from Miyamoto’s visuals and uses its freedom as a game to bring some of Miyamoto’s own dramatic liberties to life, including the giant white serpent that stalks the protagonist. Parts of the game even take place backstage, which is just as perilous as the hero Tamino’s adventure in the story itself.

Magic Flute came out on the App Store today. Find out more on its website.