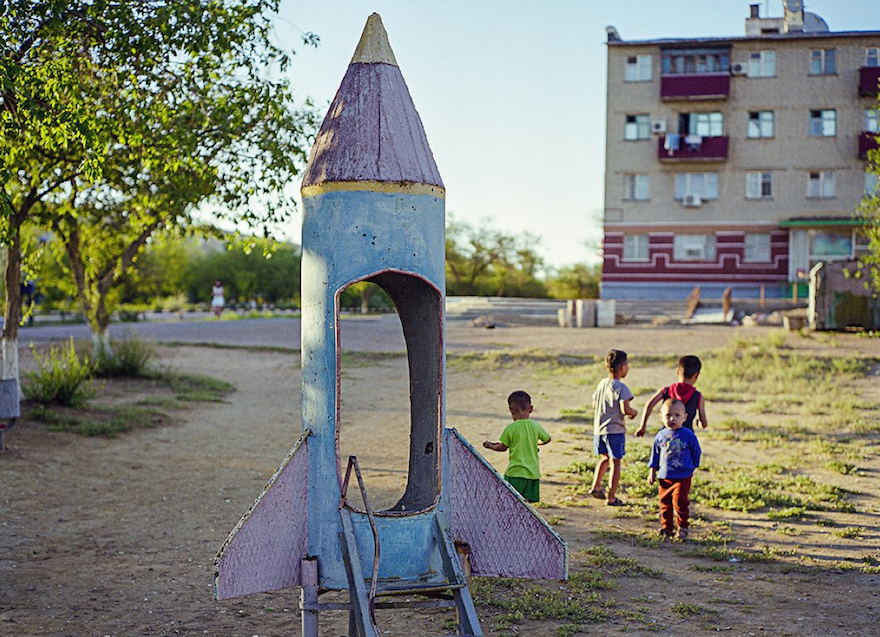 This might go without saying, but Soviet Russia was completely nuts about space. You can tell they were gung-ho in these images of the Baikonur cosmodrome, the largest operating launch facility in the world, rarely seen by Western eyes. In fact the entire city of Baikonur—located in Kazakhstan (now the cosmodome is on lease to the Russian state)—is adorned with imagery of rockets blasting through the atmosphere, and models and remains of Sputniks and satellites and rockets, space age devoted, and glorious propaganda-y murals that proudly boast of the former U.S.S.R.’s inevitable conquest of space. There is even playground equipment in the likeness of space shuttles, which I find adorable.

Head on over to Air & Space Smithsonian to marvel at all the space age goodness.