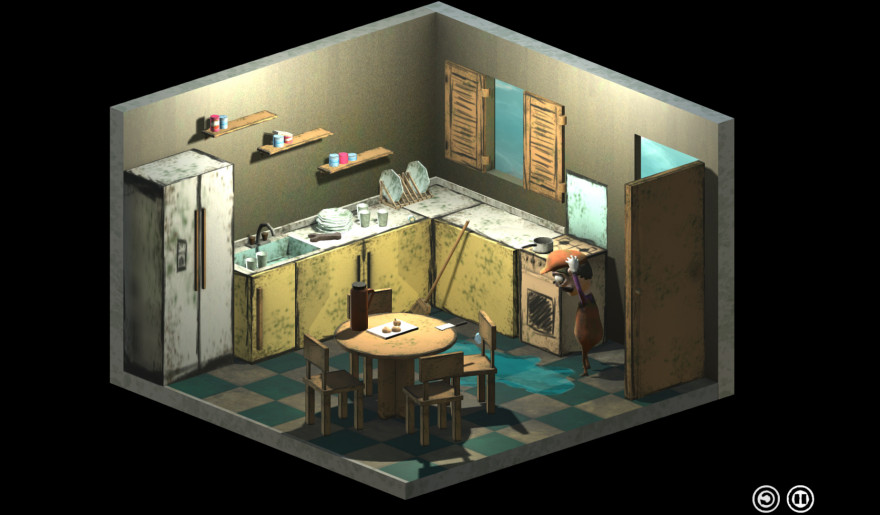 If you were to rap your knuckles across Death’s wooden door you might expect a black hooded cloak wielding a scythe to welcome you in. This is the most well-known image of Death over here in the contemporary west. But the personification of our greatest fear has a rich history and comes in many forms. In Slavic mythology, a female demon called Marzanna is known to bring death, winter, and nightmares. In East Asian mythology, Yama is the wrathful male god that judges the dead and oversees hell (Spelunky players will be familiar with this). In Latin America, festivals are held to celebrate Santa Muerte, the female saint of death—a skeleton often adorned with flowers—reminding locals of their own mortality during the celebrations.

It seems we have always realized Death as a figure not unlike ourselves, as a twisted humanoid that hunts us, a mirror image of our inevitable decay. But there is at least one exception to this rule. It’s found most recently in the Final Destination series of horror films. In these, a group of characters escape their deaths due to one of them having a premonition. This messes with Death’s design. And so, for the rest of the film, each person in this group is hunted down by Death and eventually killed (well, almost all of them).

play the scenario and see if death happens

But Death doesn’t come to them in the form of an ambling skeleton or a blade-wielding killer. Final Destination depicts Death as a force, perhaps like gravity or friction, one that invisibly tweaks the physical environment so that each of its targets finds themselves at the end of a particularly nasty Rube Goldberg machine.

This idea has now been translated to videogames. I’m surprised it’s taken this long. Umbu Games has made Death’s Life, in which you play as Death’s apprentice and must learn how to stage an elaborate, deadly accident in each level. It’s a puzzle game with a grim premise. In one level of the current demo, you assemble the crockery, cutlery, and other props of a grubby kitchen so that its owner will slip over when they enter and eventually be killed by a knife landing in their gut.

Coming across a solution can be a bit too trial-and-error at times. This is because each object in the level has a specific position it needs to be in. The puzzle is working out which position is correct. Click on a broom and it’ll shift to the left or the right. Click on the drying rack and the two plates sat in it will take different positions. Once you’ve decided on each object’s position, the only way to see if your arrangement is correct is to play the scenario and see if death happens. Most of the time it won’t, as if any single object is placed wrong, your Rube Goldberg machine will fail.

Conceptually, Death’s Life is tried and tested—we love stagey death sequences—and when it works it is as satisfying as you’d expect it to be (I ended up self-applauding my manufactured murder once). But it’s a little too obtuse and not always intuitive. What it could do with is letting you flaunt your own deathly creativity rather than forcing you to figure out a single solution—at least offer multiple solutions. Perhaps that will happen, as right now Death’s Life is only a demo, and is still a work-in-progress. Death, however, will hunt you down without fail. Unless those near-misses we sometimes have with death are the Grim Reaper’s equivalent of failing to complete a level.

You can download the Death’s Life demo on itch.io. You can also vote for the game on Steam Greenlight.