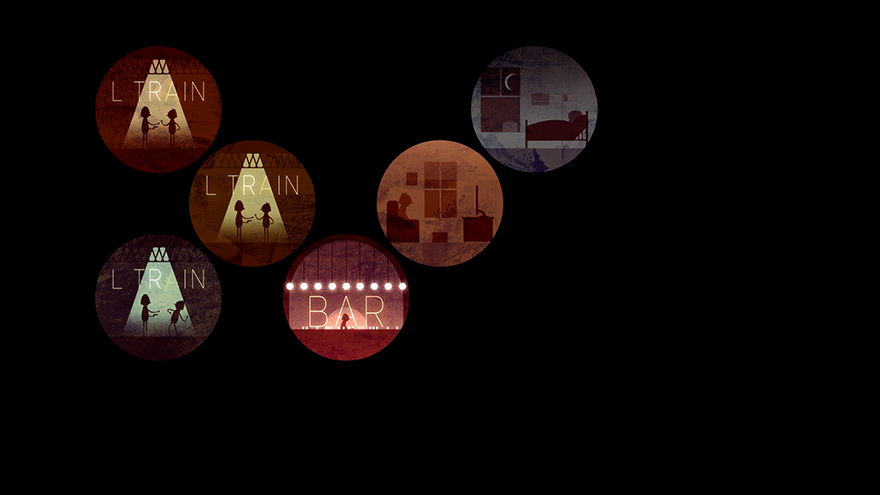 Self-taught animator Scott Benson released an unfinished short film yesterday. You might recognize the name as half of the team behind Night In the Woods, a quirky, story-driven side-scroller poised for a 2015 release. You might also just be a huge Benson fan.

It’s a story crafted specifically for the Internet

In “Potential (unfinished film),” Benson’s story unfolds in a series of bubbles representing the protagonist’s choices. At one point you’re sitting watching six little universes unfold in adjacent circles. It’s a story crafted specifically for the Internet—you the viewer will need to rewind to catch every detail.

And yet, the piece is unfinished. Benson accompanied the release of “Potential” with a long-form blog post titled “Potential Unfulfilled” in which he explores the creative process (which, for this piece, began in 2011) and why he decided to release the short in its unfinished state. For Benson, it’s a mixture of cathartic release and creative self-reflection. He’s embarrassed by 2011-Scott’s choices, but he can see his signature style taking shape. It’s like going a couple years back through your tagged photos on Facebook. Embarrassing, yes. Then you consider how you’ve changed, how you’ve influenced yourself, and that is all part of the process. And at least you look hot in your profile pic.