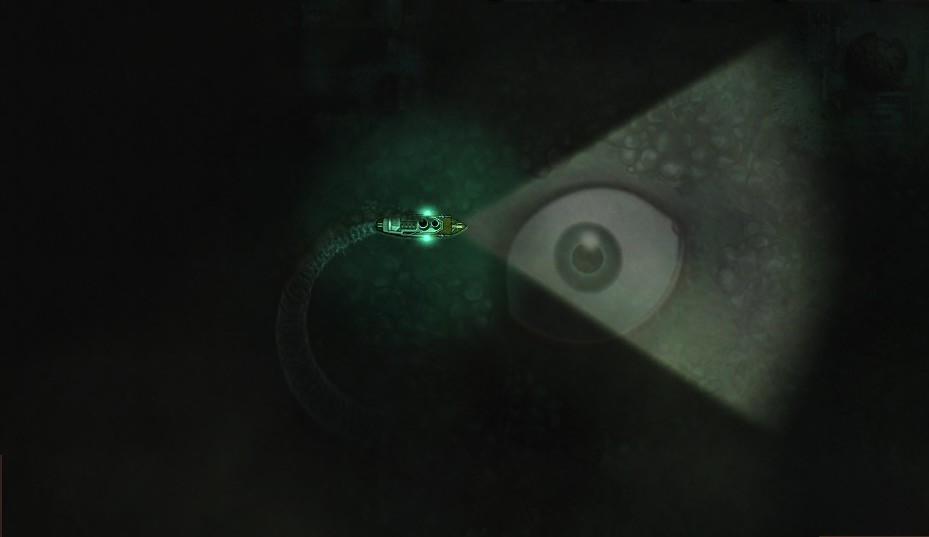 Staring at my character’s silhouette onscreen during my latest playthrough of Sunless Sea, I’m struck by how bland his outline is. He grew up a scoundrel, some slob from the streets. His backstory has been defined by a few cursory clicks I performed moments before. His ultimate mission is to leave his mark on society, provide some semblance of his existence so that his legacy won’t sink like his decrepit ship eventually will in twenty minutes or so. As quick as he entered the world, greed and hubris drove him away. Sunless Sea is almost always an unforgiving venture, its reciprocal, exploratory nature creating a sort of dark parallel to the film Groundhog Day.

FailBetter Games’ Sunless Sea is still churning around in early access on Steam, but their penchant for narrative over action would seem to make this a better fit for the release plan than many content based games. The only real combat you’ll encounter happens sparingly, in the sea. This isn’t a game reliant on an incredibly fine-tuned system of mana versus melee. FailBetter could mimic their graphical assets to infinity, chain Clive Cussler to a chair for some rapid writing output, and pump content out continuously without a hiccup, which is more than most early access games can achieve.

But the fact that it’s not yet a fully grown game hamstrings its storytelling nature. The world feels like ancient Egypt probably felt when only two layers of their great pyramid lay completed. You can envision the wondrous outline, but there’s only so much excitement you can garner from stepping on the same slave-crafted brick over and over. Each of my new characters flew off on some fanciful adventure, but the cycle of visiting the same reclusive sister, corpse-mongering or ungracious monk town grew crushingly samey.

In HBO’s True Detective there’s a scene where the down-on-his-luck cop Rust Cohle proclaims that “time is a flat circle,” and no matter what, he and the cops will be in this exact same place, having the exact same conversation, over and over again. They may not remember the previous lives, but inevitably they occurred. The more distance I place between myself and prior playthroughs, the more I felt like Cohle, puffing on cigarettes.  I can’t recall names of my prior captains, but I catch glimpses of their events through the meticulous repetition within Sunless Sea.

Each new playthrough begins with a slate of silhouettes to choose from. You slap a few defining characteristics on whichever one tickles your fancy and begin to traverse the seedy sidewalks in a town named after FailBetter Games’ previous browser-based adventure, Fallen London. After you’ve accrued myriad assignments from different officials and murky characters around town, you’re free to set off into the open water.

Everywhere around you is uncharted water initially. Sunless Sea tries to intimidate any young captain with giant crabs, but fighting them is more a battle between you and a cool-down timer. It ends up as a series of repetitive battles that feeds into the sense of inadequacy for most of those doomed captains. As a nobody in this world, nothing breeds immediacy more than the deadly combination of impending inadequacy and overbearing peril.

The extreme lengths Sunless Sea allows me to approach don’t necessarily reflect my desperate nature to survive as much as a deep-seated desire to matter. Overstretching my crew reflected an innate sense to become someone important. Nobody wants to leave behind a legacy of nothing, but it’s difficult to visualize any tendrils of my life in a game that places such excessive emphasis on wealth. I let innocent crewmen die because they are irrelevant to my singular mission, pawns on the board, slaves building pyramids. I am supposed to ascend to deistic heights—, almost every other game experience has taught me that—, but Sunless Sea is intent on denying me any satisfaction.

I couldn’t help but feel a sense of deja vu in this effort. That same struggle happens today: 500 million tweets are sent every day, and yet I have barely cracked six hundred myself. Twitter analytics have emerged as a sort of metric to measure the volume of one’s own voice amidst the cacophony, some sort of way to determine our reach, or social worth. The fact that nearly 15% of twitter followers are bots, according to a 2012 study, only makes rising above the din an even more preposterous task.

It reminds us that some people are going to perish without any semblance of their lives preserved.

Tim Berners-Lee, often cited as the creator of the internet, even posited that the next step for the internet back in 1991 was to move towards universal authorship in pursuit of expanded group knowledge. That type of instinctual privilege creates a belief that everyone has the opportunity to legitimately matter, whether that’s on a micro or macro scale. Sunless Sea stands as a lost relic; it reminds us that some people are going to perish without any semblance of their lives preserved. Universal authorship is a product of modernity, but Sunless Sea has no time for such comforts. There are giant crabs looking for a meal.

There is no medium to document the brief rise and fall of my captain’s stewardship, and when the time comes to take stock of my life I can only leave my map, an officer or an item. The only real way to leave an impact is through a difficult to acquire will and so my captains’ lives essentially became moot. I forge on though, regardless of my complete ineptitude. FailBetter Games will continue to add content, and as I discover every nook and cranny, I will hopefully garner the insight Bill Murray finally attained in Groundhog Day. It took crime, suicide, and the specter of consistent death for his character Phil Connors to understand the only way he could ever matter is to find the right person. Sunless Sea assuredly has relevancy hidden away somewhere within its depressing, underground expanse. For now, though, my only option is to bob along on the sea, hunting for meaning, or at least land.