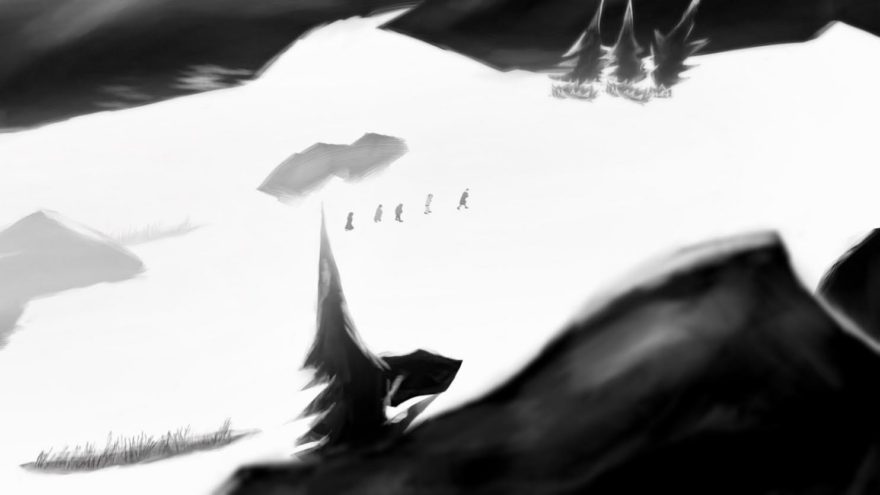 It seems fitting that I’m to write about The Man Came Around today. We’re going through a rare heatwave right now in the UK and a right wing government is currently wrestling us into a headlock. The Man Came Around is the total opposite: set in the frozen heart of an icy mountain, it tells the story of five exiles trying to escape a corporate democracy.

It’s the first game from Brussels-based studio Pipette Inc, a politically-charged adventure game that will ask you to try and look after these exiles as best you can. Amid a wave of right wing xenophobic sentiment, The Man Came Around challenges you to choose who lives and dies in your plucky group of exiles, promising tough decisions as they try to help you cross the Border—the heavily-guarded wall that separates the country from its poorer neighbors.


With the Syrian refugee crisis playing out across Europe right now, the game isn’t shy about taking a stance as it tries to get you to identify with refugees—it’s described as a political fable. Thierry Brimioulle, the game’s designer, says that it was originally called “To The Sky” and focused on survivors of a plane crash, but then “the Syrian Refugee crisis happened and the reaction of the European Union was just terrible. The camps, the fences, the xenophobia, it was just too much,” he said.

Wanting to do something about it, but feeling at a loss for how, Brimioulle decided to incorporate the themes into his debut game. “I think games have a huge potential to confront players with difficult situations,” he said. “To make them reflect on their own decisions and values, and it’s really something I want to do in my games.”

“You can decide at any time to simply leave someone behind”

This extends beyond the refugee angle and engulfs the game’s setting. The Federal State of Occida is where this particular political fable takes place, and it’s billed as an example of how a democratic system can be tied up in knots by special interests and unseen political forces. 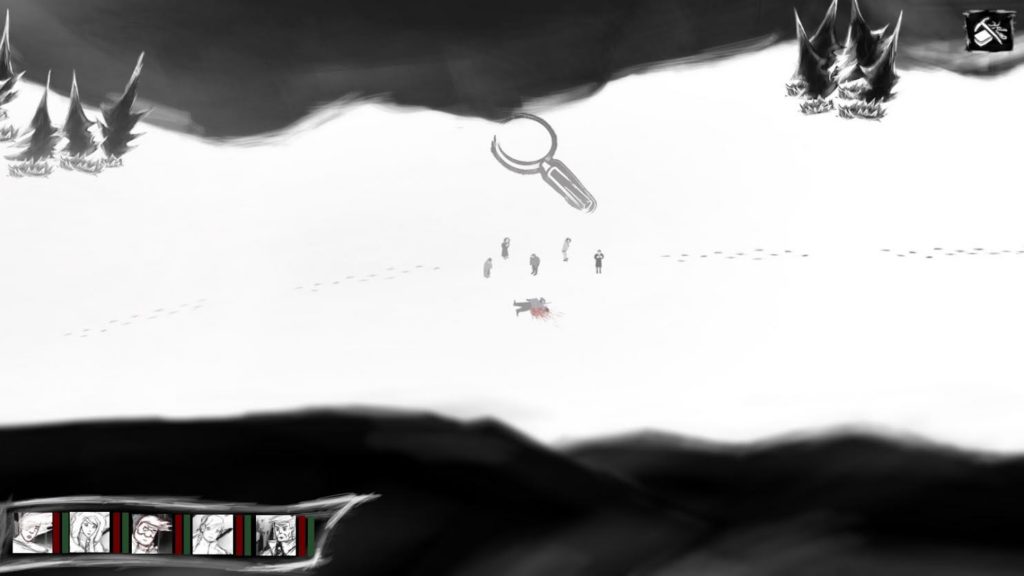 Whether this allegorical commentary will work as a political fable remains to be seen, but the choices you’ll have to make will probably make you hate yourself—expect to wallow with hurt as the consequences play out. “You manage a group of five characters,” said Brimioulle. “But you can try to finish the game with only one and sacrifice the others in or to do so. You can decide at any time to simply leave someone behind, just because you don’t have enough food anymore or because they are hurt and slow you down.”

The Man Came Around comes across as a game full of risks and tough choices but the interesting fact is the refugees are well off. By showing the exiles struggling as they try to escape a country that, objectively, is worse-off, it could go a long way towards educating curious players on the reasons why people try to emigrate.

Yes, it could be a bleak experience, but sometimes the truth hurts.

The Man Came Around will be playable at Gamescom 2016. You can keep up with more info on the game on its website.