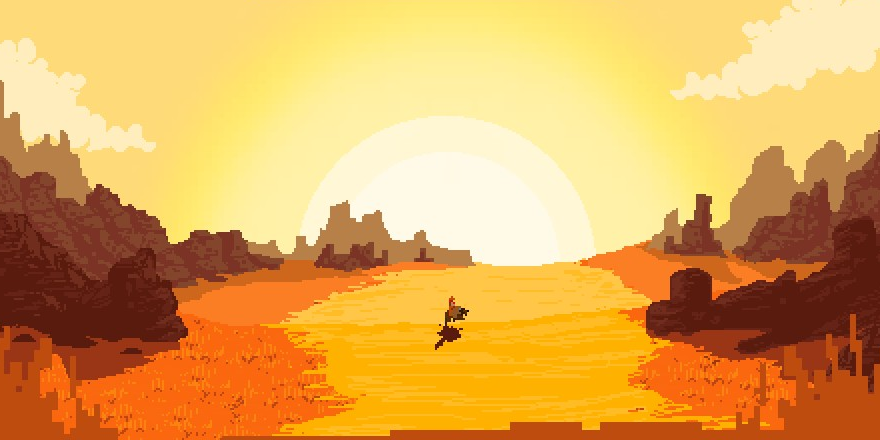 The Western is supposed to be a romantic genre. It takes place in vast desert plains, against the backdrop of sprawling mountain ranges and around the unseen borders between civilizations. The dramatic landscape is home to gunfighters enforcing primitive versions of justice and determined families eking out a living from an unforgiving, often hostile environment. In this vision, the frontier will provide to those brave and hardworking enough to get what they need out of it. The symbolism inherent to this setting is heady stuff. It’s the foundation upon which the American Dream is built.

But, of course, the romance of the Wild West is complicated by the fact that it’s also the host of America at an early, expansionist extreme. The new nation’s colonizers committed genocide, extended their empire through slave labor, and coerced fortunes from the destruction of the ecosystem. There are Westerns that embrace the twin forces of possibility and exploitation at the basis of the genre (HBO’s Deadwood was only two seasons short of a proper five act Shakespearean tragedy), but it’s the simpler, idealized versions that take up most of our cultural headspace.

Ostrich Banditos’ Westerado: Double Barreled follows in the latter tradition. It’s a videogame about freedom and self-determination, where the difference between good and evil is as simple as making the choice between pulling a revolver or keeping it holstered.

This may be a good thing, considering that Westerado’s tone is light and glib—more Blazing Saddles than Blood Meridian. It establishes this quickly, casting the player as a nameless young man (other characters can be unlocked later) who sets out to find the bandits responsible for burning down his family’s buffalo ranch. Though a raid that leaves a mother and brother dead isn’t all that funny, Westerado doesn’t portray the event as tragic so much as an immediate nod toward Western genre conventions, devoid of any larger meaning. The protagonist, decked out in a Man with No Name poncho and six-shooter, is rendered in chunky, lo-fi pixels, and seeks vengeance by escorting carriages, defending farms, and gathering information at saloon poker games to a backing score of banjo plucking and fiddle sawing. He’s a reference to a reference.

There’s a bit more novelty to Westerado’s main conceptual hook. Since the player character was away when his family’s ranch was attacked, he can only figure out the head bandit’s identity by gathering information from locals in need of help. Give them what they want—convincing their drunk husband to leave the saloon or finding an old train ticket they’ve lost, say—and they’ll share a detail about the killer. A shadowy journal portrait begins to fill in once the player has learned that the bandit wore something like a green bandana, a tan belt, or a medium-tall hat. Once enough of these clues have been found, the player can try to find the murderer and confront him.

While the mystery of piecing together clues and enacting the protagonist’s revenge is what keeps Westerado’s overarching plot moving, it’s the smaller moments of exploring the game’s pixelated world that provides the biggest draw. The setting is rich with possibilities, its dusty towns, network of mining tunnels, and desolate deserts presenting opportunities to take on optional missions and define the character through conversation or violence. Approach a stranger and dialogue bubbles pop up. While choosing between written prompts, the player can also choose to take out their gun to threaten the other character or even, if they so desire, shoot them outright.

When a proper gunfight breaks out, the combat itself is less interesting than the moments that take place before and after it. Though weighty sound effects make the cocking and firing of rifles, shotguns, and revolvers feel like deliberate, substantial actions, it’s the decision to give into or resist the urge to violence that provide better opportunities for the player to develop their avatar. Westerado doesn’t really judge these choices. It may throw angry townspeople at trigger-happy protagonists, but this consequence is not only erased, but can later be accessed as a “horde mode” once the player dies. Bandits may start a fight as soon as the player steps into their territory, but shooting down crowds of them doesn’t prompt much of anything by way of authorial disapproval (except, possibly, a single line during an endgame speech).

Instead, it’s interested more in presenting a sort of boundless freedom—in exploration, dialogue, and character development—that rewards thorough experimentation with the blank spaces offered up to the player. Considering that an entire run through the campaign can be finished in only two to three hours (all depending on how much exploration is done), Westerado is tailor-made to be a fairly brisk test chamber for whatever type of Western its audience feels like creating. More than a game like Rockstar San Diego’s Red Dead Redemption, which hedges the edges of its sandbox with defined characters and themes, Westerado is about charting wilderness and shaping a character, formless by way of both visual and narrative design, through violence or the lack thereof.

The only limitation is that the game is constructed, Lego-like, of referential pieces. Though there are few restrictions to the kind of story the player can build from its genre-mining aesthetic, none of them engage with the heart of the Western on more than the shallowest level. It is what it is. The darker history of the West is confined here to corrupt oil tycoons, Native Americans shown only through the digital reservation of a few small squares of game map, and a friendly ghost who died working in the depths of a mineshaft. None of this is anything like progress—Westerado isn’t exploring new frontiers when it comes to genre work—but the romance inherent to the game’s emphasis on freedom sometimes comes close to overpowering a bitter remembrance of the very real history it cribs from.