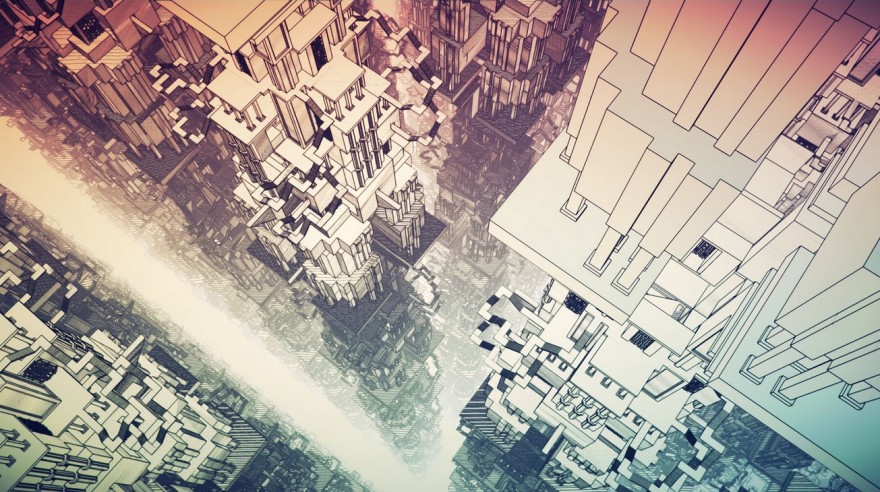 William Chyr has changed the name of the videogame he’s been working on for the past two years or so. What was once known as “Relativity” is now known as Manifold Garden. And, blimey, you can see why this new title was chosen upon seeing the latest screens from the game. It really does appear as a space where Chyr has cultivated, not flowers or plants, but engulfing structures that stretch out in every direction, eternally.

“The original prototype was based on the M.C. Escher print Relativity and just involved changing gravity to walk on walls,” Chyr explains. “The game is so much more than that now. We’ve added a ton of new mechanics, and the game is now really about exploring architecture and consequences in a world where physics is turned upside down.”

When I spoke to Chyr back in April this year about the new directions he was taking his puzzle-exploration game I didn’t expect anything quite this striking. Beyond merely upping the complexity of this impossible architecture so that it appears both honeycombed and unfathomably voluminous, he’s introduced ways for it to be played with.

exploring the potential of this mind-warping logic.

Drop a cube off the edge of a platform in this virtual world and you’ll simultaneously see it falling below and above you as the space wraps around itself. The puzzles are based on exploring the potential of this mind-warping logic. From cubes you advance to water: Chyr demonstrates how you can use cubes to change the direction of the water flow, leading it off the edge to fall back into itself and forming a reversible waterfall. This stream of water is used to grow trees out of the cubes once you’ve planted them in the ground. The fruit of these trees are more cubes; you harvest cubes in order to solve puzzles, possibly discovering new types with different effects as you go.

“In the later levels, we even start to change how the world wraps around. What happens if you staggered each repetition? Or rotated every other instance?” Chyr questions. He then shares this beguiling image:

This is not all. Chyr has developed a “Photography Mode” that unlocks once you’ve completed all the puzzles in an area. It gives you a chance to return to the architecture you were previously walking on, and to experience it anew, taking pictures of it with “access to a variety of cameras and effects, such as axonometric, or ‘glitch’.”

The results of these in-game photographs (or screenshots) speak for themselves. Hence, Chyr has supplied 100 of them as desktop wallpapers. Go and browse those while I fan myself down. Architecture, especially the imagined and impossible variety, gets me hot under the collar. Manifold Garden, eh? What a thing.

You can find out more about Manifold Garden on its website.