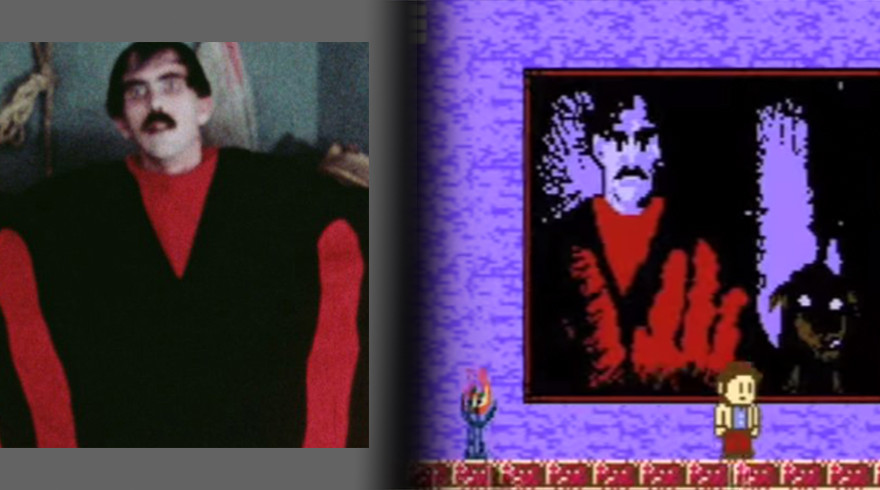 Generally speaking, videogame adaptations of movies have got to be the lowest tier in the hierarchy of bad videogames. Whether we’re talking about Austin Powers Pinball, the infamous E.T. the Extraterrestrial on Atari or 2011’s Smurf Dance Party (which featured such musical gems as “Who Let the Smurfs Out,” “I like to Smurf it-Smurf it” and “Smurf this Way”), movie-based games are almost always cheap, poorly put-together money grabs, riding on the gold-lined coattails of their successful film counterparts.

Thankfully, in the case of Manos: The Hands of Fate, we don’t have to worry about that. The 1966 movie, with a whopping score of 1.9/10 on IMBD and 0% on Rotten Tomatoes, was the only movie of Harold P. Warren, a fertilizer salesman. His reason for dabbling in film: he lost a bet. Both the high and low point of Warren’s directing/producing/writing career, Manos: The Hands of Fate was built on a budget of only $19,000, and still managed to lose money. With that in mind, at least we know that the videogame adaption, just shy of 50 years late, can’t do much worse. In fact, it blows all expectations out of the water.

MANOS: The Hands of Fate – Director’s Cut, a 2015 remake of a 2012 adaptation of Warren’s 1966 trainwreck, is an action-adventure game recently piped out by FreakZone Games. The game accepts its position as an adaption of its source material and stands as an homage to terrible movies and games everywhere, bringing you back to the past adaptations you most love to hate.

FreakZone’s work would make Warren proud. As he said upon finishing his magnum opus: “Always give 110% in everything you do, if you don’t give it your all, there is no sense in doing it at all.”

You can buy MANOS: The Hands of Fate – Director’s Cut here.