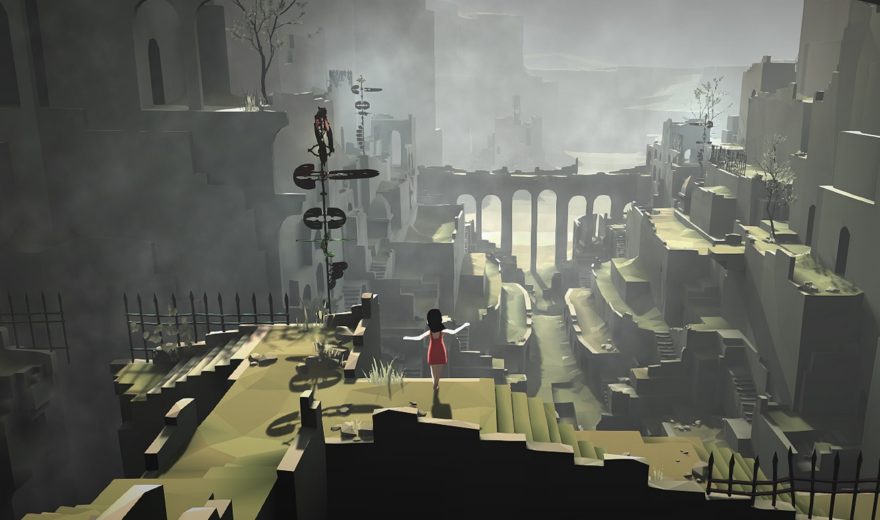 On June 3rd, 2016, a little over a week before E3 2016 began, Visiontrick Media quite boldly announced a new game. Called Mare, it’s to be the studio’s first virtual reality game, one that places an emphasis on exploration and the player’s senses. In the announcement post, Visiontrick noted that they’re still working on their other game, Pavilion—a fourth-person puzzle/adventure game we’ve been eager to get our hands on—but they felt it was time to let the world know about Mare too, especially as it was to appear at E3 as part of the IndieCade Showcase.

Visiontrick wanted to make Mare while VR is still relatively new to the world, at least in its current iteration. They saw the uncertainty around the medium as an opportunity to create something “unusual” and different from the current experiences VR offers. Hence, Mare will have you indirectly leading a little girl through a mysterious world riddled with ruins. The girl is lost in this world, but not completely alone, as she is accompanied by an equally mysterious mechanical creature known as BIRD.

“the more subtle and peaceful side of VR”

Similar to ustwo’s Gear VR game Land’s End, Mare uses the player’s gaze to move the game forward. The idea is that you observe and take in everything the game’s environments have to show, while guiding the little girl with the same movements of the head. As well as influencing the actions of the girl, your viewpoint can affect those of BIRD, even though BIRD is just as capable of making its own decisions from time to time.

“People praised the simplicity of the controls focused on immersion, and the feeling of the VR experience being natural without making it a gimmick,” Rui Guerreiro of Visiontrick told me. “And that it was one of the better VR experiences they tried so far; a game with an unexpected nature that felt like a small part of a much longer experience.”

Prior to showing the game to people at E3, several Vine videos and dozens of screenshots were released, providing a general idea of the game’s visuals and sounds. The environment is immediately eye-catching, and is sure to stand out the most: the washed-out colors of the ruins and grass contrast superbly with the girl’s red dress, and the lighting draws attention to the vertical scale of the place, witnessed from the high angle of BIRD’s view.

Guerreiro explains the game’s design dictated the art style, but more importantly, it all had to look and feel natural. “Creating contrasts between the stillness of the ruins and, for example, the movement of a lonely tree that sways with the wind, we believe it’s a subtle and natural way to control how the player gazes the environment and how [they] may feel surprised by changes in it.”

What the little girl will encounter throughout her journey is unknown, as is the true nature of BIRD, but Guerreiro has made it clear that Mare’s main goal is to provide people with “something unique that doesn’t exist elsewhere in VR, and also something that uses the more subtle and peaceful side of VR.” Environmental design, audiovisuals, and the player are by far the most paramount things to Visiontrick and, by extension, Mare. The importance of the latter is even evident in their artistic statement on IndieCade, where they say, “In the center of the whole experience is you, immersed in the game world…”

Mare currently has no release date, but is set to come to the Oculus Rift. There are currently no plans to bring it to other VR hardware. Pavilion, meanwhile, is still set to release later this year for PC, PS4, and PS Vita.