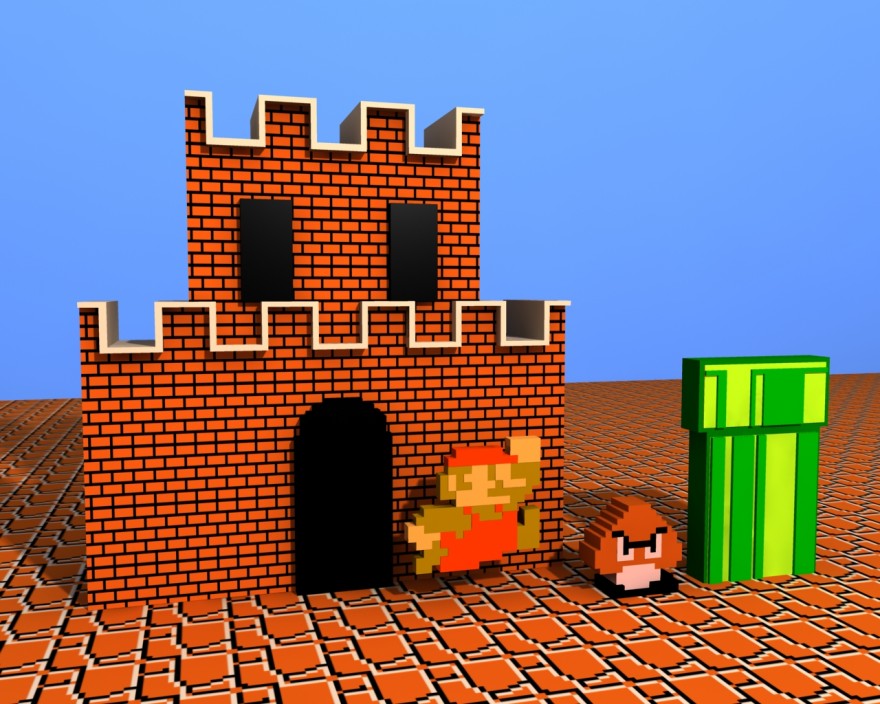 With Sony and Microsoft set to reveal and/or release their next big systems into a strange and fragmented landscape, Nintendo knew they had to get creative. So they did what any self-respecting entertainment company must do: They devised a giant metal ball that shoots lightning to the tune of Super Mario Bros.

Okay, Nintendo has nothing to do with the latest cover of Koji Kondo’s timeless goomba-bopping riff. But a creation by University of South Florida students reminds us how deeply the love of games can be integrated into our life’s true projects and passions.

Student-run X-Labs recently finished work on a ten-foot tall Tesla coil to be exhibited during the USF Engineering Expo taking place this weekend. The entire project took over two years. What makes this version different than your standard issue tesla coil is the ability to tune its electric currents to a particular pitch, allowing for melodies.

X-labs president Joe Register told the USF newspaper The Oracle, “I wanted to have science demos to show kids at the Expo.” And what better jingle to inspire fledgling scientists than one of the most recognizable in games.

There’s a kind of poetic justice to it all. Composers working on early game soundtracks couldn’t just record an orchestra or drop in audio samples manipulated on their laptops. Musicians back then had to be programmers, too, so music was actually coded onto the same chips as graphics and gameplay.

Kondo must be proud that his most enduring track has finally returned to its origin, a series of electrical pulses. That it could encourage kids to become the next generation of inventors is just icing on one of Princess Peach’s cakes.