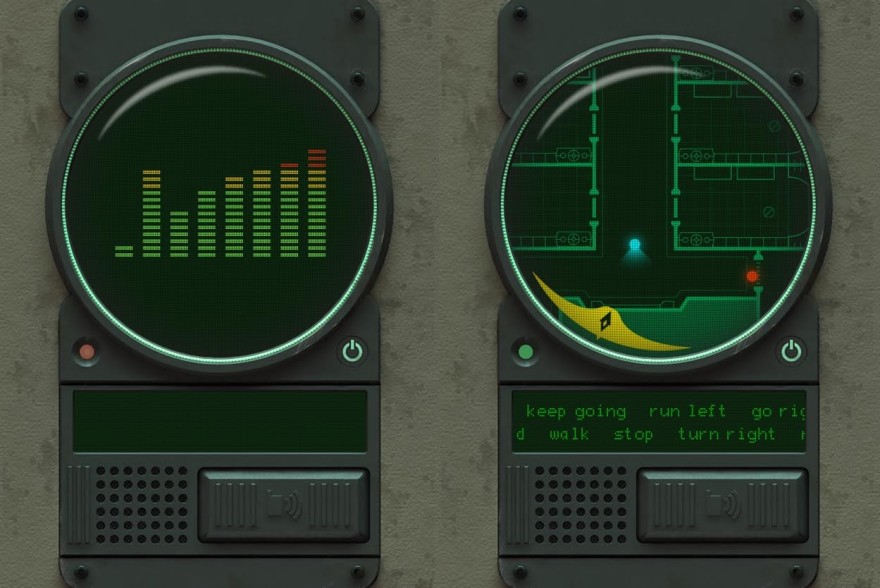 There’s a moment in the 1986 film Aliens during which Ellen Ripley plans out a route through Hadley’s Hope using blueprints. Remember? They’re top-down floor plans that show only pencil-thin outlines of the steel-nosed corridors and disembowled science rooms. They also map out the entire ventilation system of this futuristic mining colony. It’s these metal crawlspaces that Ripley proposes will provide safe passage for the remaining survivors, past the xenomorphs that stalk them.

Amid the chest-puncturing murders and human cocooning, those blueprints turn out to be the only reliable source of information—a conduit for escape. But, while that is true, the blueprints also obscure the horrific details of the geography they profile. You can’t tell what may lie in wait inside these contours by only looking at an impression of them. Despite the clarification blueprints offer, they allow a lot of space for the unknown, and that can render them as untrustworthy as they are informative.

A love of sci-fi interfaces is obviously the designer here

The creators of the new iOS game Mayday! Deep Space are obviously aware of the blueprint’s dark secret. It’s why they have employed it as your only source of visual information when trying to guide a distressed, lone survivor through the dishevelled medical bays and engine rooms of a derelict spaceship.

It starts with you answering a distress call by pressing a big clunky button on a virtual walkie-talkie, and reciting the word “Affirmative” into it. Alternatively, you can slide the bottom panel of the device to reveal a set of grey buttons for directions and select voice commands, but that’s cheating. A love of sci-fi interfaces is obviously the designer here, especially sleek dark greys, flashing LEDs, and green dot-text. From there, you use voice commands such as “Turn left” and “Keep going” to steer your nervous passenger past patrolling red circles, and towards the rooms marked out on the blueprint.

Using this same framework, it’s possible for an entirely bland and unconvincing experience to be grafted. Keeping Mayday! away from such a fate are the detailed, gross, and sometimes ominous descriptions of the surroundings that the guy you’re safeguarding regularly issues as he walks among them. If you’ve watched Aliens, or any sci-fi like it, it doesn’t take much for your mind to resurrect those iconic images. So, when he speaks of dark hallways lit by red alarm lights, mouthfuls of flesh on the ground, rows of stasis pods, and bodies with black eyes, you immediately lose control as your imagination turns those blueprints into potent mental images.

It’s the kind of mind-mapping that you usually only summon when reading a novel. Unsurprisingly, the game’s writer is a man who has made a living out of that exact practice: New York Times best-selling author Daniel H. Wilson. In Mayday!, his words are allowed to do most of the world-building, delicately hanging menace from every rafter of this ship.

his stressed and stammering voice, his hesitant gasps convince you of his fright.

Slowly, this top-down view of straight lines and squiggles becomes a real place that you have prescribed a distressed body of flickering lights, blood-smeared walls, and upturned furniture. Some spaces might even start to unnerve you. This is helped along by sound, which is used sparingly, but enough to feed your billowing fantasy, like a small squirt of nitroglycerine into a roaring engine. Gurgled and whispered voices, the hiss of pistons, panicked draws of breath and scrambled footsteps—that’s all you need to give raw shape to impossible terrors.

Mayday!‘s greatest achievement is also its most fragile. It has the ability to make you care about a virtual person solely through voice communication. But when it fails to recognize the commands you bark at it, the magic quickly fades away to frustration.

It’s not unusual for me to make friends with someone I know only through their voice, and to be honest, a lot of the time I only converse through text anyway. Even so, it’s not an easy feat for any videogame to make its player care about one of its characters, especially one that you can only hear and not see.

The voice acting from Supernatural actor Osric Chau isn’t without its flaws, but his stressed and stammering voice, his hesitant gasps convince you of his fright. It’s at least enough to create moments of tension that have you cursing at the limitations of the game’s indirect control method (which lends itself to the authenticity of the interface’s retro-future technology). I found that having only your voice to control a videogame character can sometimes parallel the most frustrating seconds of a horror film. The moment of disempowerment that you feel as the killer emerges from the shadows behind their unaware victim, and you’re unable to do anything but watch.

And so this is Mayday! at its absolute best; when you’re wrestling with your own panicked screams, trying to form words out of the shrieks so that you actually do prevent a murder. But it can all fall apart in an instant. Suddenly, the voice recognition seems to forget what it’s doing, and no matter how slowly or how many times you say “Turn right,” he keeps walking past the same corner. It brings you out of it, back into your apartment, where you catch yourself shouting at a tablet. You realize that you’ve been driven so far that you were desperately smearing your lips against the touchscreen, hoping that a more direct osmosis of your mouth sounds and spittle would somehow get your directions across more clearly to this incompetent machine.

Yes, you were snogging a computer. Mayday! Deep Space earns that humiliation of you for all the right reasons, even if it is born from the aggravation of its single unfortunate shortfall. This was the risk the game’s creators took when using voice recognition technology and, for the most part, it pays out handsomely.

You can purchase Mayday! Deep Space for $2.99 on the App Store.