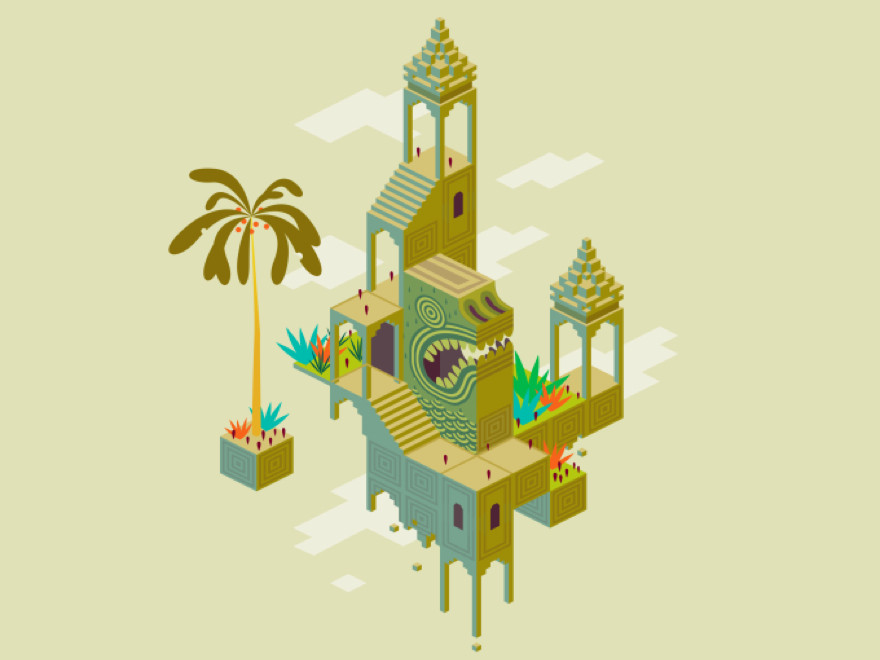 M.C. Escher lasted a week as an architecture student before switching to graphic art. The Dutch printmaker devoted his life to the creation of impractical and impossible architectural schemes: stairways that lead to nowhere, hallways that are cul-de-sacs, doorways that open on nothing. “Are you really sure,” he once asked, “that a floor can’t also be a ceiling?”

Ustwo’s announcement that Monument Valley, its Escher-esque puzzle game, will be expanded upon brings to mind Escher’s question about floors and ceilings. The original Monument Valley bore all the hallmarks of Escher’s confounding architecture. You walked up stairs that appeared to lead to each level’s end, learned that Monument Valley’s architecture was misleading, and walked off in another direction. In part, architecture is a series of cues that allow you how to navigate novel spaces. The unfamiliar is made somewhat familiar. The world of Escher and Monument Valley is devoid of such clues: floors might as well be ceilings.

When he reviewed Monument Valley for Kill Screen, Levi Rubeck praised the game for its concision. “[Making] handful of levels slightly more elaborate [wouldn’t] yield any larger sense of accomplishment,” he contended. Based on its trailer, Forgotten Valley may prove to be either an addition or an overelaboration. This ambiguity already makes it an Escherite work. It’s derivative but new; it’s a floor and a ceiling.