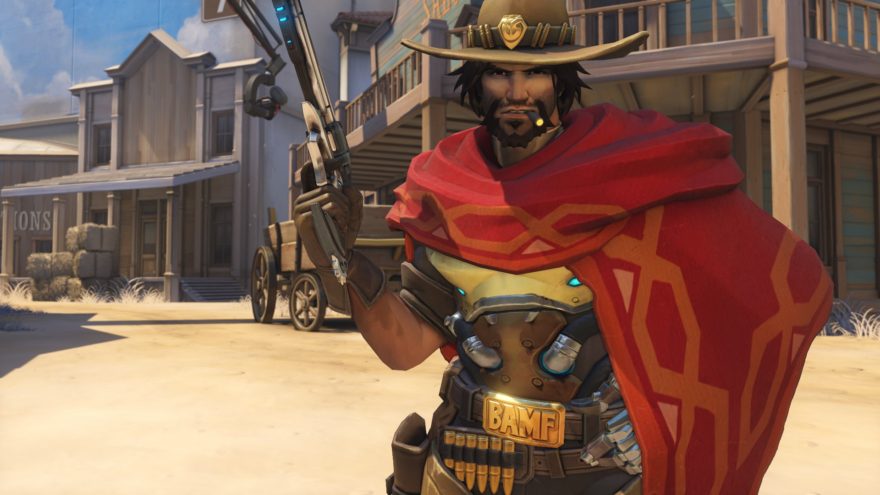 Legends of gunslingers are typically recounted without the gun smoke. Pulp novels and Hollywood reenactments of famous Old West duels clear the air and the uncertainty for the sake of entertainment. When we think of Billy the Kid, Wild Bill Hickok, and Doc Holliday, we think of men with fast and accurate gun hands. They plugged lead into the world, and somewhere in their purview, people died. But those two foremost assets associated with the top gunslingers rarely co-existed, even among those men.

Most gunslingers would coarse with panic. They fired disarray hornily from the hip, as if pumping hot metal dicks; the dusty streets filled with an impenetrable cloud of smoke. The victor could only be declared a minute after the silence set in, once visibility had returned. The real talents were those with the courage to line up the front sight with the rear sight, aim squarely at the heart, and pull the trigger with a sure finger, sending a bullet through the history books. Everyone else got lucky. The quickdraw is a lie.

Nobody beats McCree in a duel

To play as McCree is to inhabit the falsity of these legends. As it is, he stands as Overwatch’s most obvious anachronism: in a world of lunar colonies and Omnics, McCree is a cowboy with a six shooter. His costumes and one liners directly reference Val Kilmer’s portrayal of Doc Holliday in Tombstone (1993) and Clint Eastwood’s iconic Man With No Name from the Dollars trilogy. And when McCree fires up his Ultimate—the “Deadeye,” capable of instant, multiple headshots—tumbleweed rolls across his view. Visually, McCree is a joke, but no one laughs when they hear him say…

… for when he does, anyone within his sights have their fates decided for them in less than 10 seconds. Either they rush and kill him, or they get their heads blown off—as cheesy as his belt buckle is, it reading “BAMF” (Bad Ass Mother Fucker), it’s not without merit.

For my sixth birthday, my dad bought me a kid-sized black leather jacket. I was supposed to wear it around town, everywhere I went. I knew what it meant. To my dad, who had rolled with the mods and punks of the ’80s, this leather jacket would give me the same posterior as him—like an exotic frog’s bright-colored markings, it said “stay back, I’ll fuck you up”—I would become the hard man around town, so masculine I could choke on it. As I unwrapped the jacket, he asked me to put it on, pace up and down with it. “Give it some attitude,” he demanded. He was expecting me to ease into the role, drop a shoulder, maintain a cold, distant expression—a death stare. But, as has been preserved by way of videotape, I did not do that, I exaggerated the Hard Man Walk, flinging my arms about like an ape, making a mockery of his hopes for me, his only living son.

As time went on and I continued queering masculine icons and rituals as they were flung at me, I soon found my own masculinity. It wasn’t so much on show; it was quieter, subdued, not contained in clothes but in actions. Rather than the artifice of masculinity lived out through certain postures, fashions, and interests (I don’t like soccer, get over it), I’d make an effort to be strong for people when they needed it. I’d stick up for people rather than cower behind biceps or a beer belly, cry with them rather than hold back the tears like my dad when my brother died, later to return with vengeance in the form of an emotional breakdown he’d keep private from everyone.

When I first saw McCree, I saw a man wearing a costume—a man trying to hide behind the image of a cowboy, a lone ranger. I thought he looked like an asshole. But McCree has it where it counts. He’s polite, calls people ma’am and sir, says “thank you” when it’s warranted. Outside of that he’s a man of few words. A man who speaks through action—I could get behind that.

His Peacekeeper revolver does all the talking. It’ll be familiar to anyone who has acquainted themselves with the Desert Eagle in Counter-Strike: it shoots like a bull out of a pen, stopping bodies dead, but requires patience and a steady hand to be effective. Nobody beats McCree in a duel. Nobody. But he doesn’t brag about it. His flashbang pins foes to a spot and his “Fan the Hammer” unloads all six bullets into them in less than a second. This combo was so nasty that Blizzard had to nerf it soon after the game launched. Now, with the latest patch, McCree’s effectiveness at close range is second to his mid- and long-distance pop shots. He has, once again, become the bane of snipers, but tanks still think twice about charging him.

When you see McCree sidling around Overwatch’s arenas, you’re supposed to envision saloons and spitoons around him, you’re supposed to hear the “waah-wah” of Ennio Morricone’s The Good, the Bad, and The Ugly (1966) theme. You’re supposed to feel intimidated by the stone-cold manliness he resurrects from the past. But it’s so out of place in Overwatch, as other characters bound around with their tongues hanging out like cartoon characters, that you have to laugh. Who does this guy think he is? You don’t get to find out. You just get a bullet to the head.

Genji – Genji is with you
Pharah – Don’t play fair, play Pharah, exclusively
Reaper – In defense of Reaper, the patron saint of mall-goth teens
Soldier 76 – Soldier 76 is here to make everyone else look good
Tracer – A series of limericks about Tracer, because why not