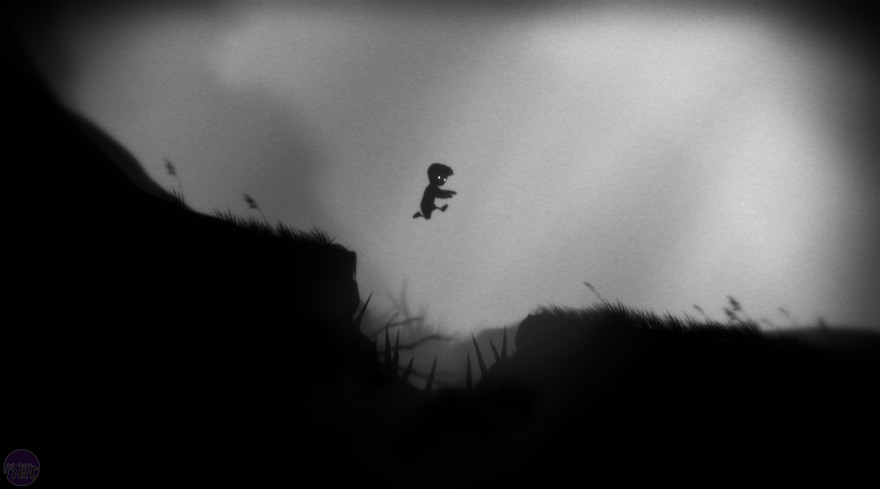 “What actions are ideal in a jump curve?” asked Playdead level designer Martin Fasterholdt to a sizeable crowd for his panel at the Game Developer’s Conference. In a discussion that stemmed from Fasterholdt’s own master thesis, the “You Say Jump, I Say How High?” panel explored the varying degrees of the best and most dynamic of 2D platforming jumps. His primary examples for the talk being the frenetic Super Meat Boy (2010), the classic Super Mario Bros. 3 (1988), and the precision-driven Limbo (2010) from Fasterholdt’s own Playdead (a game he claimed he was incidentally “too young” to work on at the time of its development).

As Fasterholdt began his talk, he explained that jumps cannot happen without apt movement, an action to determine the jump. Meat Boy has no analog input, “he either runs or he doesn’t,” said Fasterholdt. Meat Boy’s a highly reactionary platform character. He brakes instantly, and can pivot at a moment’s notice. In contrast, Mario isn’t so floaty or easy to predict. Mario has weight to him, evident in his gradual slow to a stop when running. The boy from Limbo, suggests Fasterholdt, is perhaps the most complicated platformer character of all. The boy is entirely analog in his movements, as the player controls his every itch. When he runs, he grows faster with time. “It’s not so much an acceleration, as a transition,” explained Fasterholdt.

Jumps are the crux of movement in platformers. They are evasive maneuvers. They give the player the ability to traverse whatever’s in their path. Sometimes, well-landed jumps can even be a weapon to crush enemies under their own feet (such as the stomp in a Mario game). What’s ideal in a jump, however, depends on the context of the game itself.

For Super Meat Boy, Fasterholdt found its jump successful for the pace at which the game moves. “It’s a very symmetrical, reliable jump,” explained Fasterholdt, while also noting that gravity deaccelerates Meat Boy. With Mario, specifically in Super Mario Bros. 3, his speed directly relates to how high he jumps. Although, there’s also a variable thrown in. As Mario runs, there’s tension before leaping off the edge of a gap. This tension is unpredictable, and relies heavily on ultra-precise timing. While Mario’s jump is always at an upward curve, it is not symmetrical as Meat Boy’s. Limbo’s boy protagonist is the most dynamic of the three, according to Fasterholdt’s intense research. With its analog controls, the boy’s movements are entirely reliant on the player’s diligence, and can even face penalties. With less speed and slight air friction, Limbo’s jumping is the least extraordinary of the whole bunch, or as Fasterholdt said, “it’s quite close to the real world.”

2D platformers bend the basic mechanics of the ‘jump’ time and time again to better suit the context of their game. When we, as people, jump, we don’t bounce around in an effortless manner like Meat Boy, just as we don’t soar far distances like Mario’s well-timed leaps of faith. But we do clumsily clamber over high ledges and hop short distances as the boy in Limbo does, and perhaps that’s why Fasterholdt’s comparison of the three is so noteworthy. These three games are similar in genre only, and differ in the most drastic of ways—even when just narrowing it down into something as ‘simple’ as a jump.