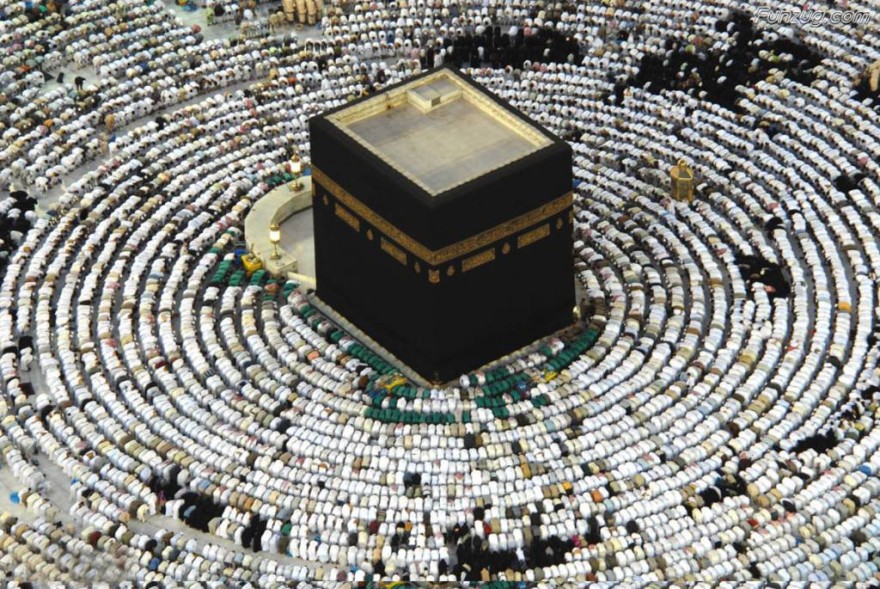 The hajj is one of the Five Pillars of Islam; it demands that all able Muslims make pilgrimage to Mecca at least once before they die.

That’s kind of a lot to ask, I imagine, especially if you find yourself without the means. But what other choice does a devotee have?

Well, there’s Mecca 3D, an app that aims to deliver “a virtual world of knowledge” about Mecca and Islamic history. You can hang around the Haram—the world’s largest mosque—and interact with other worshippers, or “go back in time” to see how Muhammad and other prophets lived. And, of course, you can do it all via the Oculus Rift as well.

This is causing some controversy. While the developers at Brainseed Factory are nothing but earnest in their efforts, no one is really sure how to classify experiences of virtual worship.

We’ve written before about spiritual experiences in World of Warcraft, when cognitive anthropologist Ryan Hornbeck cataloged a startling number of testimonies to the effect that WoW provides something like religious fulfillment for its most devout players. But WoW, of course, isn’t Islam; it hasn’t been around for 1500 years (yet).

It does, however, point to the capacity for transcendence in virtual experiences. Art in general is understood to have spiritual effects. The Stendhal syndrome (not that one) is essentially when an observer’s emotional floodgates are opened before an artwork and they feel faint, confused, even experience hallucinations.

Is it such a stretch to transpose that to a videogame—a form which incorporates so many other media into itself?

If that’s too heady a justification, consider this: Mecca 3D and its ilk could allow non-able Muslims to make pilgrimage via virtual means. For anyone else, it provides a preparatory text for hajj and a tool for exploring Muslim history.