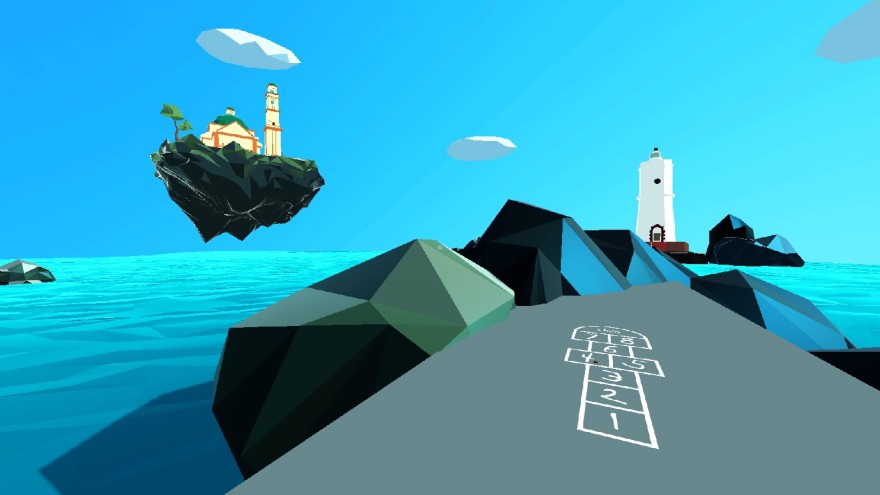 The tutti-frutti buildings that scale the seaside slopes of Boccadasse in are tourist bait. They appear as a Willy Wonka fantasy, as if the syrup-drizzled gelato famous throughout has been assembled into giant mounds of lickable living space. Even while the paint peels away with age from these buildings they retain a refreshing outlook over the wave-splashed rocks; a collective magic in light yellow, blood orange, and candy pink mosaic.

The unusual, intricate and florid architecture of Ligurian coasts contrasts greatly with the theatrical greys of Baroque designs throughout, not just parts of , but much of . It’s a true epitome of the seaside boutique, matched by the quaint crêuzas (narrow streets) of the region—a cheery paradise that sits well on a postcard.

It speaks to the magic of Boccadasse and similar coastal villages

All of this surrounds creative director and game designer Federico Fasce, who resides in , and has since become fascinated with the colors of Mediterranean landscapes. As one does, he desires to capture his passion in a small package, but a photograph or a panned view through a lens won’t do, so he made a videogame.

Mediterranean Voidland is it: a little low-poly marvel that encourages blithe wonder as it transports those unmistakeable, flamboyant houses right to your computer screen. It’s a voidscape, a virtual diorama—a concept that Fasce happened upon on Kill Screen—which puts the focus on taking in the multitudinous beauty of this virtual recreation from different perspectives. This is why there’s equal appeal in back-pedalling to place the coastal village scene in the same screen space as the distant lighthouse across the sea, as there is in getting up close to examine the smaller details of mailboxes, door handles, window shutters, and railings.

While visually devoid of texture, upon turning the street-side faucets dotted about the place, you can spill the flavorsome, energetic acoustics of Genoa-based band Palconudo into each area. An accordian, an Italian singing voice, and guitar picking fill in for the absent graphical finish, encouraging you to texture the game’s spaces in your mind from these sensual cues—it proves more vivid and immersive than any texture pack could be. This turns you on to the interpretative way of thinking that Mediterranean Voidland is made to stimulate. It speaks to the intangible magic of Boccadasse and similar coastal villages rather than trying to recreate them in hyper-realistic detail.

And if you’re having trouble with grasping the enchantment of this recreation, upon following the contours of a tiny uphill street, or walking the straight line of a dock, you’ll come across a chalk drawing of a playground or board game: hopscotch, tic-tac-toe, chess, a paper maze. A love heart appears in place of your cursor when you look at them, click, and you’re transported to the diorama’s distant floating islands that you may have previously presumed were fantastical decoration.

Now you can enjoy looking up at the heights of a lighthouse and a bell tower, perhaps travel to the top to get an even grander view of this dioramic paradise. It’s here that you can see the ebb and flow of the tide, not at the sands of the beach, but at the edges where the sea becomes an endless void to nowhere. There’s nothing out there, and in knowing this (rather than being sold the false idea of a grander world), you can concentrate your efforts on an appreciation of the pleasant positive space around you.

You can purchase Mediterranean Voidland for €2.99 on itch.io.