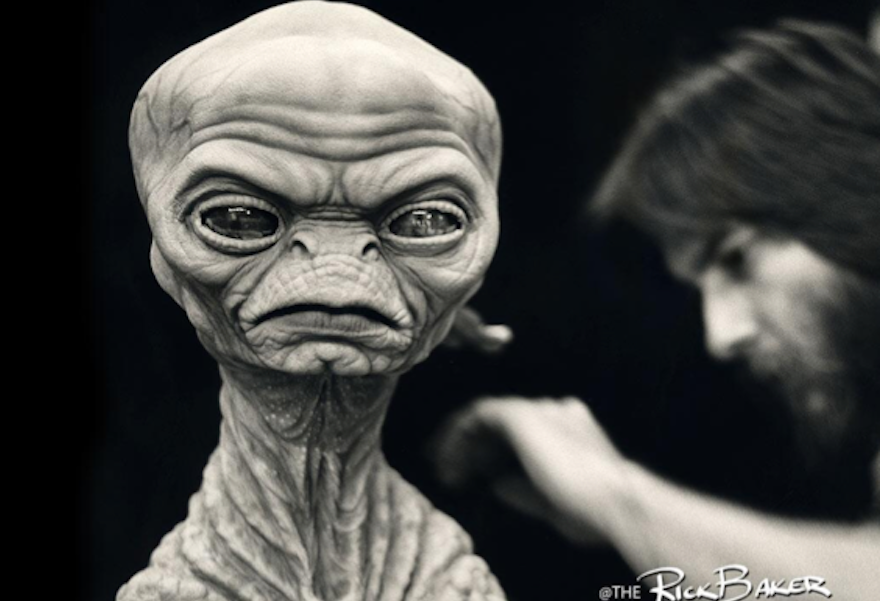 ET was a lovable, pitiful little alien that could bring a tear to a cold-hearted guy or gal’s eye. But he didn’t start out that way. His design was adapted from some less way friendly looking aliens from Steven Spielberg’s canceled film Night Skies, the designs for which have been revealed in some recently discovered production photos.

There were originally 10 creepy proto-ET variants, it turns out, and one weirdly adorable one, as conceptualized by the special-effects artist Rick Baker for the horrific sequel to Close Encounters of the Third Kind. But Spielberg met Harrison Ford’s girlfriend while on location for Raiders of the Lost Ark and decided to shoot ET instead. One of the uglies is pretty much a dead ringer for the homesick alien that charmed theaters nationwide, only with a sinister glower, more wrinkles, and dead insect eyes.

See more alien designs that never were at Cinematallica.