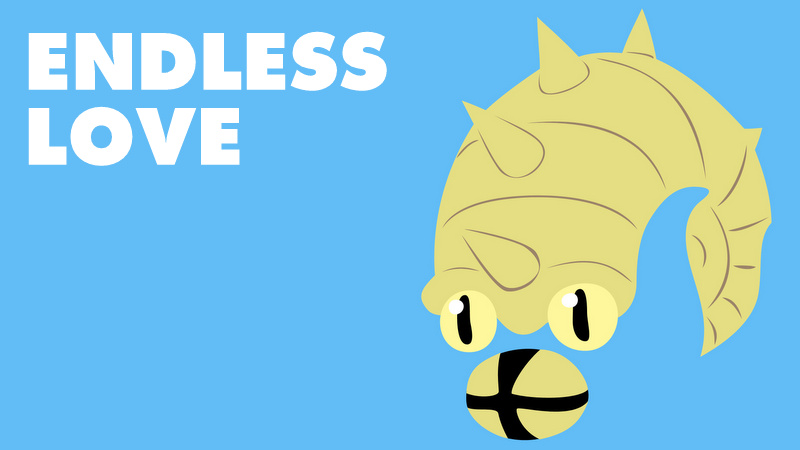 Oma! Oma! Star? Omastar, the adorable mollusk with a golden-spiraled shell and blue tentacles, was one of the original 150 Pokémon. And Cunzy1 1, a 29 year-old paleontologist from the U.K., has been playing with the same Omastar for ten years. Because of a little-known feature that allows players to transfer their characters from game to game, his feisty nautilus has sojourned in ten straight Pokémon titles.

It seems fanatical, but maybe Cunzy is the only sane one among us. In this age of disposable gaming, we’re implored to groom and care for our characters as if they were thoroughbreds. But when the credits roll, it’s to the pound. No one in his right mind would do this to a good-looking pup they had paid for, taken home, fed, taught to roll over, potty-trained, and probably loved. Yet we readily shrug off the characters we invest workweeks of hours in like they were a dream.

KILL SCREEN: If you were to take some other Pokémon and say, “Omastar, you stay home?” would you feel like you were cheating on Omastar?

Cunzy1 1: Sometimes it does feel like that. Occasionally, there’s a challenge or an area where Omastar isn’t allowed. I’m like, “Okay, I’m going to put you in the box for a bit, but don’t worry. I’ll be back.” Which is totally weird because it’s just a piece of code that’s been transferred from one game to another. But because it’s been this long, I have sentimental attachment.

Are you the type of person who eats the same cereal for breakfast every morning?

No, no! I don’t have any other obvious OCD hangups, and I’m not afraid of change. It’s just a cool feature, when you think about how that code is traveling from one game to another, beamed over WiFi, being traded on the Global Trade Station (an in-game auction house that lets players trade Pokémon around the world over the internet). Is that code being beamed up to some satellite and back down to Japan?

I’m pretty sure my Omastar has mothered a couple of hundred other Omastars. Sometimes with her own sons.

If you look at the fiction, you can relate it. Omastar has travelled through time, travelled to five or six different regions, to crazy virtual spaces, and chilled out on Pokémon Ranch—through all these different realms and different universes.

It’s fascinating to think about how this Omastar has witnessed and survived the rapid changes in technology over the past decade.

Yeah, it really is. She’s been zapped across cable in Pokémon Red and Green. She’s been sent over the Game Boy Advance cable to the GameCube. Then, over WiFi to the Wii. A couple of times she went via internal transfer on a Nintendo DS system, with the DS cart plugged in the front and a Game Boy Advance game in the top.

You’re now on Omastar number two. What happened to the first?

That one was moved from the original Pokémon game over to Pokémon Silver on the Game Boy Color, but when the series made the leap to Game Boy Advance, they cut compatibility. Those originals were stuck there. When I returned to it years later, just to see the guys, the memory was wiped. It was sad. God knows how many hours of my life went into that game.

Do you remember why you chose Omastar to begin with?

Pokémon games are inspired by the natural world. You’ve got some crazy mythological things, and there’s also a bunch of Pokémon based on different types of art forms and martial arts, but many are based on biological organisms from the fossil record. Some of them are really quite obscure.

I’m now a paleontologist. And Omastar is a fossil type. They’re a parody of ammonites. So, when it came time to form a group…Well, there you go.

Has she had many kids?

I’m pretty sure my Omastar has mothered a couple of hundred other Omastars. Sometimes with her own sons. Sometimes with radically different species. They’re free and easy with how they breed. There’s been some pretty freaky breeding over the years.

I imagine you know Omastar better than anyone. What’s she like?

It’s hard to say. I remember as a kid watching the TV show. One of the things that cracked me and my friends up was how the Pokémon would speak by only saying their name, or parts of their name. Sometimes you could get it, even though Pikachu was just saying “Pika Pika.” But with Omastar, you can really project any personality you want.

Do you find yourself having internal monologue as Omastar?

No! The tunnel doesn’t go that deep. But occasionally there are tweets that go out.

Have you ever dreamt about Omastar?

Probably, yes. Five or six years ago, some pretty shitty things were going on in my life. One of the things that got me through the day was the train commute in and out of work, when I had my Game Boy Advance and Omastar.