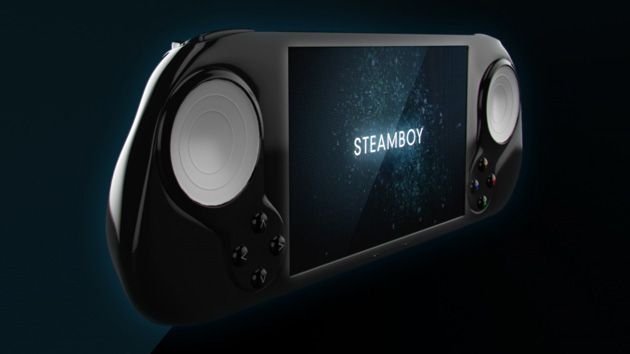 While we were in our post-E3 stupor, a dev group went and announced a rather miraculous handheld system that plays Steam games. Due out in 2015, the SteamBoy, as the portmanteau suggests, combines the awesome library of Valve’s popular digital download platform with the play-it-anywhere-ability of a Game Boy. This sounds a little hard to believe considering that a powerful gaming PC would have to be shrunk down to fit in the palms of your hands, but apparently this can be done, to an extent.

You’re probably thinking that DOTA 2 would surely be terrible on a modified Steam Controller with a 5-inch screen nestled between the thumb-pads. But there are plenty of games that could be brilliant on a portable device, like The Binding of Isaac. Thus the dramatic announcement trailer is potentially almost justified. Almost.