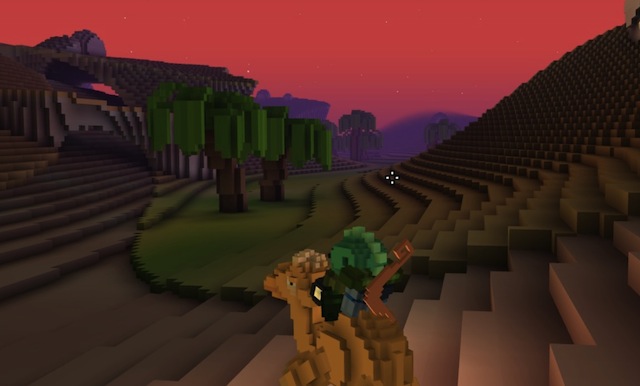 Cube World is how all modern video games would look if the voxels had won. The distinguishing feature is not the rolling countryside that stretches to the sky, not the sheer size of it all. (A criticism of the alpha is that while endless, there’s little to do.) The thing that stands out is the eye-candy. True to its name, the world is built of millions of tiny chunky uniform blocks, like the sugar cubes you arranged in the shape of a Final Fantasy airship for the 5th grade science fair.

Of course, voxels lost, and lost bad. (As did the sugar sculpture.) There really wasn’t even a fight. In the contention for the format that would lead games into the 3-D era, volumetric pixels, voxels for short, barely showed up. A scant number of games using voxels were produced for computers in the early to mid-90s, but by the time the PlayStation generation got rolling, it was already a rout. Polygons, with their triangle banners, had hoisted the victory flag.

Perhaps war isn’t the best way to think about rival technologies. It’s more like survival of the fittest. But if it helps, you can picture the voxel-polygon format war like the Betamax-VHS format war, when JVC’s black magnetic tapes dominated those of Sony. The comparison is sufficient, but not altogether right. According to Ken Silverman, a voxel pioneer, and one of the last to leave them for dead, “BetaMax was more or less using the same technology as VHS, but voxels and polygons are completely different ways of [doing] graphics.”

A better comparison are bliss symbols, the universal pictographic language created by Charles Bliss, a holocaust survivor from Austria-Hungary. Though few have heard of his alternate language, Bliss staunchly promoted and defended it until his death. The analogy works for voxels, but not for Silverman, who at long last gave up on cubed pixels in 2003. What took him so long? Blame innovative spirit. “I don’t care what the mainstream is doing. It’s hard to come up with something new if you just copy others,” he tells me.

Silverman was the child prodigy of the video game industry if it ever had one. In 1992, at the age of sixteen, he made a clone of Wolfenstein 3D. He called it Ken’s Labyrinth, a goofy yearbook picture of him plastered on the title screen. (He still looks basically the same: baby-faced, strained smile, wavy hair.) The game’s intro was obviously written by a kid-him: “You awake in a strange world. One intention is burned in your mind—save the Earth from destruction.” Canned, yes; but the following year his father sold the rights to Epic Games. By his twentieth birthday, he had developed the engine for Duke Nukem 3D. He hasn’t had a “real job” since then, he says. He’d rather work on his own projects. 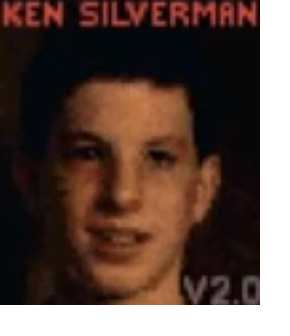 It’s hard to get a read on Silverman’s personality, considering he only agreed to speak to me over e-mail. He answered all my questions diligently and without humor, in the utilitarian manner you’d expect from someone who writes game engine code. His homepage, which he has maintained since the turn of the millennia, has a distinct GeoCities vibes. He lists the computers he’s owned (386DX-33 Touche, 486DX-50, 486DX2-66, Pentium 90, 100, 75, 133, II 266, etc.) and his hobbies (solar energy, Rubik’s cube, volleyball, ping pong, juggling). Also, there’s a quote from John Carmack, programmer of Doom: Ken Silverman was extremely impressive.

Voxels were Silverman’s baby. After seeing Comanche Maximum Overkill, a helicopter sim from ‘93, widely regarded as the first game to do voxels (though technically not true voxels, but voxel-based rendering technology), he began trying to duplicate it. “There wasn’t too much interest in general voxels. In fact, the only demo I can remember at the time was from a Russian company which released an orthographic voxel viewer,” he tells me. Alone, he continued to dabble in voxels throughout the nineties, until 1999, when he sat down to build a voxel engine to end all voxel engines—not that there was much competition.

The child prodigy of the video game industry.

He thought voxels were clearly the next big thing, that “polygons would transition into voxels,” he says. That’s why he dedicated the next four years of his life to proving it, steadily working on his Voxlap engine. With voxels, he says, “you should be able to create anything. I used to think all it took was some good optimization.” In other words, if you thought of polygons as umbrellas on the beach, with swaths of fabric stretched around the frames, voxels would be the sand—a loose granular substance to build castles from.

The problem is obvious: this requires too much juice. Computers are just naturally better at pushing shapes of the polygon variety. “Things as simple as an animated texture were nearly impossible in a voxel engine,” Silverman admits. Eventually, he released his source code to the wild and moved on to other things. “Also, I got tired of hearing people complain about the world looking too blocky,” he says.

As for the fate of voxels, all’s not lost. They live on in the medical field, where they are commonly used to visualize MRI scans. They live on in a handful of vanity projects, like Cube World. And they live on in Minecraft (which technically doesn’t have voxels in it, but makes use of the technology.)

That doesn’t get Silverman’s hopes up, but it doesn’t crush him either. All he tells me is that his “excitement level [has] dropped.” It’s true voxels are a considerable portion of his life’s work; but on the other hand, they’re just digital, six-sided, building blocks. When dealing with the bluntness of programming and geometry, it’s hard to get sentimental. Some things just don’t work, like the many Pole Position clones Silverman tried to build as a (much younger) kid. “Usually they ended up as a static image of a roadway that went straight to the horizon,” he says. When that happens, you cut your losses and build the next one.