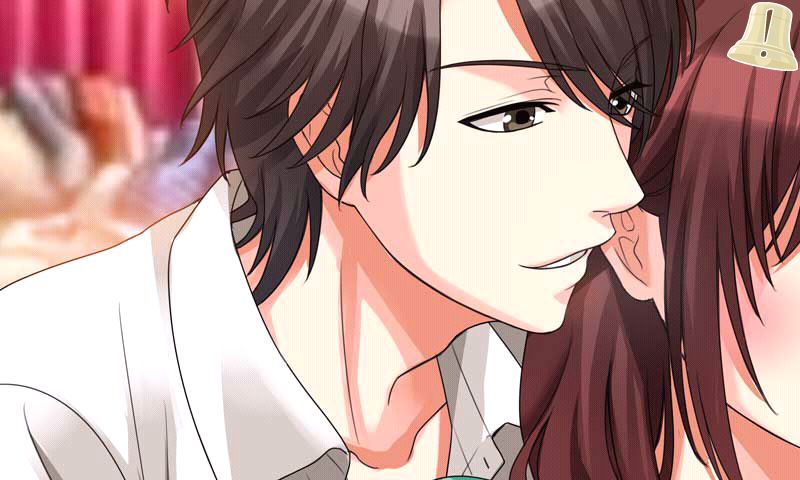 With 26 million users worldwide playing their sixty (and counting) romance apps, Voltage Inc. has been dominating the mobile dating sim scene for years in Japan, Singapore, and now more recently the U.S. In fact this past September, Voltage’s romance sims made up almost half of Apple’s twenty top grossing iPhone entertainment apps in Singapore. And since establishing their San Francisco branch back in 2012, they’re slowly but surely climbing up the charts here too. After releasing both localized versions of their Japanese apps, as well as some U.S. originals, Voltage become the 6th highest-grossing app developers on Google Play (though that ranking is from a category separate to other games.)

Voltage’s target audience is unique in the sense that, unlike other dating sim apps, they focus on casual users rather than hardcore fans of the genre. Really, their target audience is just any woman who owns a phone and enjoys romance. “At Voltage, all content is produced under the theme of ‘Drama on Love and Challenge,'” the company’s fact sheet reads. “We define ‘Love’ not only as a relationship between man and woman, but also as affection for family and friendship. Meanwhile, ‘Challenge’ refers to all the challenges one faces in life.” But while you spend a little time building relationships with co-workers and/or friends in these games, the heart of Voltage stories is—or course—fulfilling female fantasies with everything from beefcakes to artsty types.

At the Tokyo Game Show this past year, Voltage’s booth was the closest real-life approximation to a manga fangirl’s wet dream the world’s probably ever seen. It featured “attractive models dressed as game characters” who were hired to allow visitors “to experience the heart-pounding feelings and exciting situations found in romance apps, such as the kabe-don pose against a wall.” Kabe-don, popularized by manga but since spread to mainstream media and teen-girl daydreams alike, describes the trope of a love interest aggressively pinning a female protagonist up against a wall. Hundreds of women (and reportedly some men) lined up to get a piece of that action at Voltage’s booth. And their reactions were completely emblematic of the experience Voltage hopes to provide for their 26 millions users, with bright eyed women grinning from ear to ear, swooning, or just covering their mouths with scandalized delight.

“Many users in conventional relationships worldwide look to romance apps to allow them to experience, in a virtual space separate from reality, the thrill and excitement of slightly embarrassing lines and situations their real-life husbands and partners may not provide them with,” reads Voltage’s press release on the Game Show booth. But while they seem to have mastered giving these kinds of thrills to a Japanese audience, Voltage is still experimenting with how how to satisfy all the virtual romantic needs of Western women. This past summer, for example, they conducted surveys with hundreds of Japanese and American female participants aged 19-44 regarding their personal experiences with love. And while many of their findings showed that—just like comedy—romantic thrills are generally universal, Voltage did find some key and intriguing cultural differences between the two.

For one thing, the fantasy of the “knight in shining armor” proved particularly alive and well in the American demographic, with 37% of participants reporting a belief in the long-standing romantic cliche, while Japanese women represented less than half that number. On the other hand, Japanese women reported feeling much more comfortable with their romantic partners keeping secrets from them (love hotels—did someone just say “love hotels” or am I hearing things?). But, as I’m sure most of the American male dating population can probably attest to, U.S. women erred on the side of a strict “tell all” policy in their relationships.

I asked some of the women working at Voltage’s San Francisco office for their own thoughts on the cultural differences and similarities they’ve encountered while trying to reach their new audience. And while they all asked to remain anonymous, they graciously agreed to let me share some of their musings. (It should also be noted that certain answers have been translated from Japanese by a bilingual Voltage associate.)

In terms of story, both the survey and the Voltage employees agreed that American women preferred more action-oriented stories with elements of adventure and mystery mixed into the romance. As one interviewee noted, “Japanese users enjoy reading our stories as if they’ve become the heroine, whereas our users in Western countries tend to read our stories as they would any other novel with a more objective mindset toward the characters and plot.” When comparing the most preferred archetypes for leading men, Voltage’s numbers also showed that while “Oresama” (proud men) and “Tsundere” (hot-cold) characters were popular in Japan, U.S. women were more likely to cozy up to a strong, determined type who knew how to treat women well, along with generally more passionate paramours.

“One interesting difference between Japanese and American audiences is that American audiences care more for strong female characters,” one interviewee said. Another stepped in to agree that generally she felt that while “Japanese women want to be protected and led by the man, American women prefer to be equals with their romantic partners.” A key difference in how Voltage usually approaches writing stories aimed at the exclusively U.S. demographic also stems from an observation that, since “American audiences like more mature and sexy stories, they don’t seem to be as interested in innocent love.”

“American audiences like more mature and sexy stories. They don’t seem to be as interested in innocent love.”

Contrary to popular belief, the survey revealed that when it came to more aggressive behaviors like kabe-don or a man who “forcibly turns my face toward him with his hand,” Japanese women generally preferred partners who conveyed affection through cutesier gestures like “being patted on the head.” Unsurprisingly, both audiences unanimously agreed that men “posting on social media often” and doing “baby talk” was extremely uncomfortable behavior. So seriously guys, stop posting all that baby talk to your social media. It’s super creeps.

The girls at Voltage seemed split on their opinions regarding the revelation that kabe-don seemed less popular than expected. “I think both audiences like it equally. It’s fun!” one participant said, seeing the popularity of the trope as both ubiquitous and universal. Another disagreed, proposing that “American women might consider the action a bit too aggressive, so I don’t think it’s as popular here.” A third perspective found that while “you see kabe-don more in Japanese media,” American audiences still demonstrate a similar taste since “it’s sort of like those scenes in American TV shows where the football jock is leaning up against the locker of a girl he likes at school. It’s not like it actually happens and I’m not sure what I’d do if it happened to me in real life, but fantasizing about it is really fun and romantic—even if it might be a bit embarrassing to admit it!”

The most evident cultural difference between Voltage’s Japanese and American audiences, however, proved to be more aesthetic in nature. “Japanese women prefer men with slender faces such as those who appear in anime and manga. But there are definitely Western women and women around the world who are interested in Japanese culture through anime and J-pop and many of them also like the anime art style,” one interviewee said. Though she also admitted that “at the same time, many Western audiences think that Japanese anime looks childish and prefer more realistic illustrations,” which explains the clear visual distinction between Voltage’s exclusively U.S. games.

This cultural gap sounded like the biggest hurdle in reaching the casual U.S. market. After holding a focus group session with American women in their twenties, an interviewer said that “from talking to them it seems that (even to those interested in anime) in general American women are not as used to seeing more romantic or mature content in animated media. But anime is much more common in American media these days and I think a more realistic art style is just as appealing as an anime style.” Other responses mirrored that sentiment, with most saying that, while it may not be as common in the US, there was definitely a growing interest.

Romancing a hot guy is just fun. Plain and simple.

But in the end, while it may be interesting to consider cultural differences, both the survey and the feedback from Voltage employees reflected my original sentiment: romance is romance, regardless of culture. There were overwhelmingly more similarities than differences in how American and Japanese women felt about romantic ideals. Because, to put it in layman’s terms, romancing a hot guy is just fun. Plain and simple. I don’t care if you were raised reading manga or watching Rugrats—if an attractive man leans up against a wall to whisper sweet nothings into your ear, you will revert back to the teenaged school girl we all remain at heart.

You can learn more about Voltage’s upcoming and current U.S. games through their website. Each game is structured around the same free-to-play model, which includes a free download for the prologue, and a charge of $3.99 per love interest you decide to romance in the story.