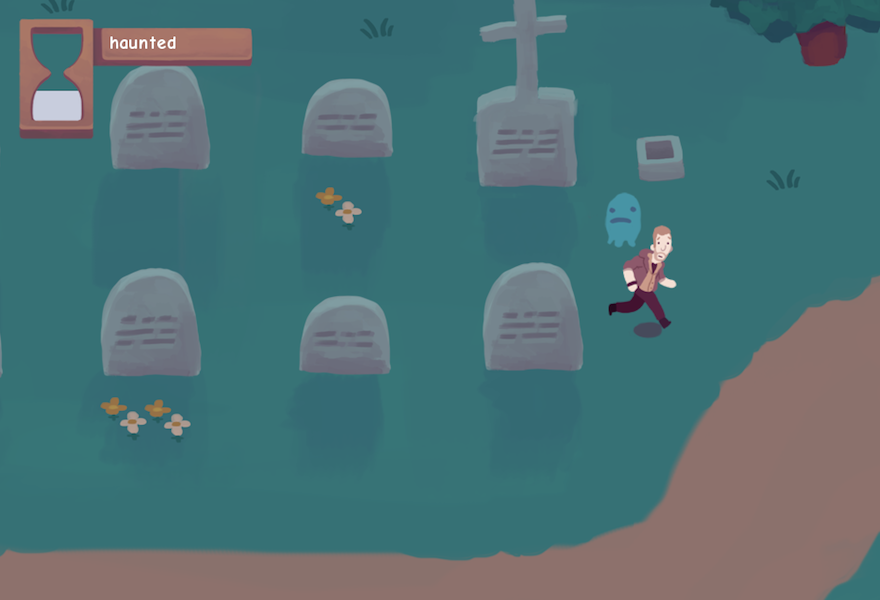 There’s a certain type of prank prevalent on YouTube where the prankster dribbles hot sauce onto a friend’s food and also into their drink, so that once they eat the food and realize the predicament they’re now in, reaching for their drink will only make things worse.Merrily Perily takes that prank and stretches it out into an entire game. The game casts the player as Perry, a man who wanders into a village suffering from dehydration. You ask all the villagers for help, but for some reason, they’re all extremely standoffish and seem dedicated only to wasting your time. With time running down, you resort to drinking out of a fountain, but oh no, a snake jumps out of the fountain and bites you! You run to the hospital for some anti-venom, but the anti-venom then gives you diarrhea. You go to an outhouse for relief, but then you’re dehydrated again!

why is everyone in this town such a dick?

The cycle continues on and on like this, with each solution to your present status effect only presenting you with a new status ailment. It’s a comedy of errors that requires quick thinking as you bounce from predicament to predicament, knowing that letting the clock run out on any one status effect before getting it cured will result in a game over. In the meantime, you’re drawn into the world by one simple mystery: why is everyone in this town such a dick? 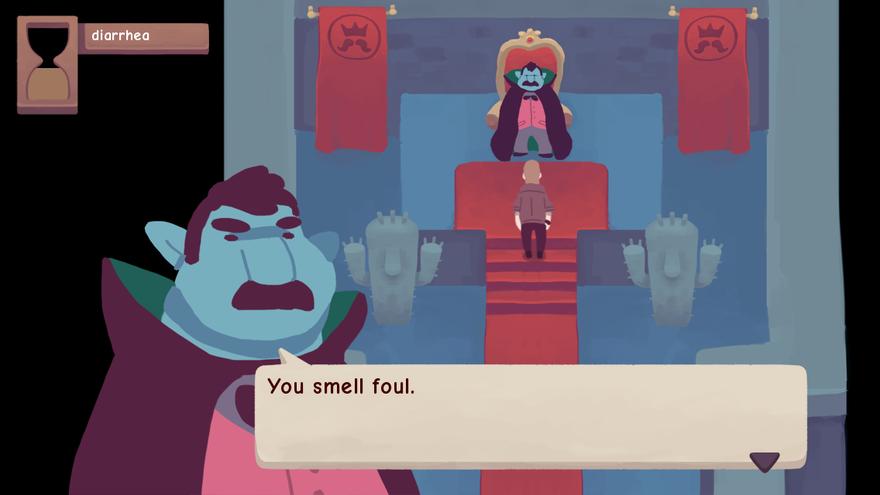