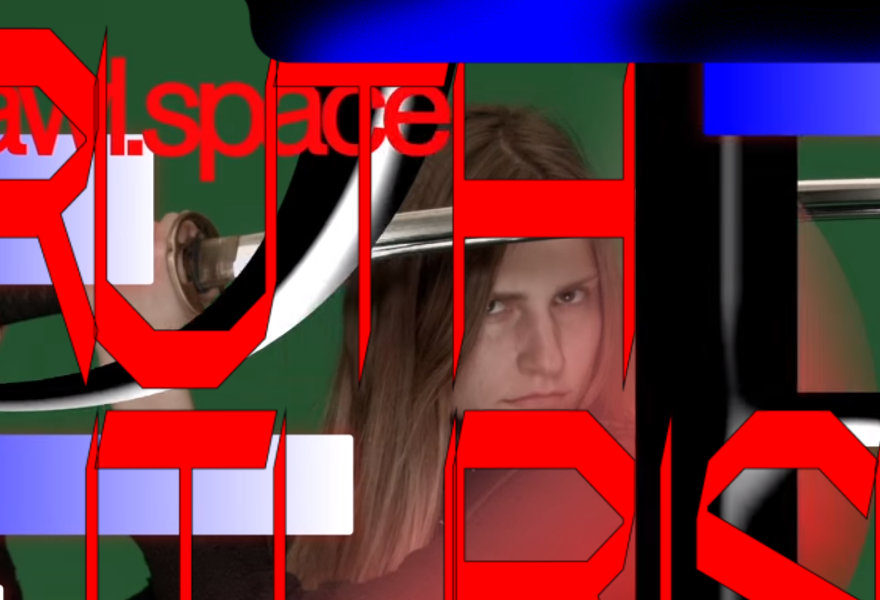 The first few moments in the online version of The Sprawl can best be described as overwhelming. Videos with bizarre eye-catching graphics shift around for just a second, there’s a moving shape in the background. The text that appears would seem to be an explanation, but explains very little, saying, in part, “pixelated illusions replace our faith in information, ideologies collide in chasms of uncertainty and hope.” This is Dutch design collective Metahaven’s latest project, The Sprawl (Propaganda about Propaganda), a film/installation examining propaganda, its usage, its prevalence, and how it affects our view of information and truth.

simulates the quagmire that is propaganda in the Internet age

Although The Sprawl is being shown as a film, there’s something unique about its presentation on the website. Clicking through the videos (their arrangement partially shaped by YouTube’s viewing algorithms) rather than having them all presented in a particular order for you to watch, it captures that investigative feeling. Metahaven refers to these short videos as “shards.” Although everything there is created and curated by Metahaven, giving it in small, bite-sized shards and having it be presented in such a non-linear fashion allows the viewer to feel like they are uncovering something.

Although the project is focused mostly on the Ukraine and Russia, in an interview with The Fader, Metahaven expressed that they do not believe this kind of propaganda is in any way exclusive to them, and they could easily make further projects in other places. After going through all of The Sprawl, one is likely to have many more questions, and no more answers. The truth feels so close you can touch it, but it still just eludes you. You’re pulled again to watch a video one more time, hoping to understand it better. But even if you do, The Sprawl effectively simulates the quagmire that is propaganda in the Internet age, and you’ll still be looking for more.

Experience The Sprawl for yourself here.